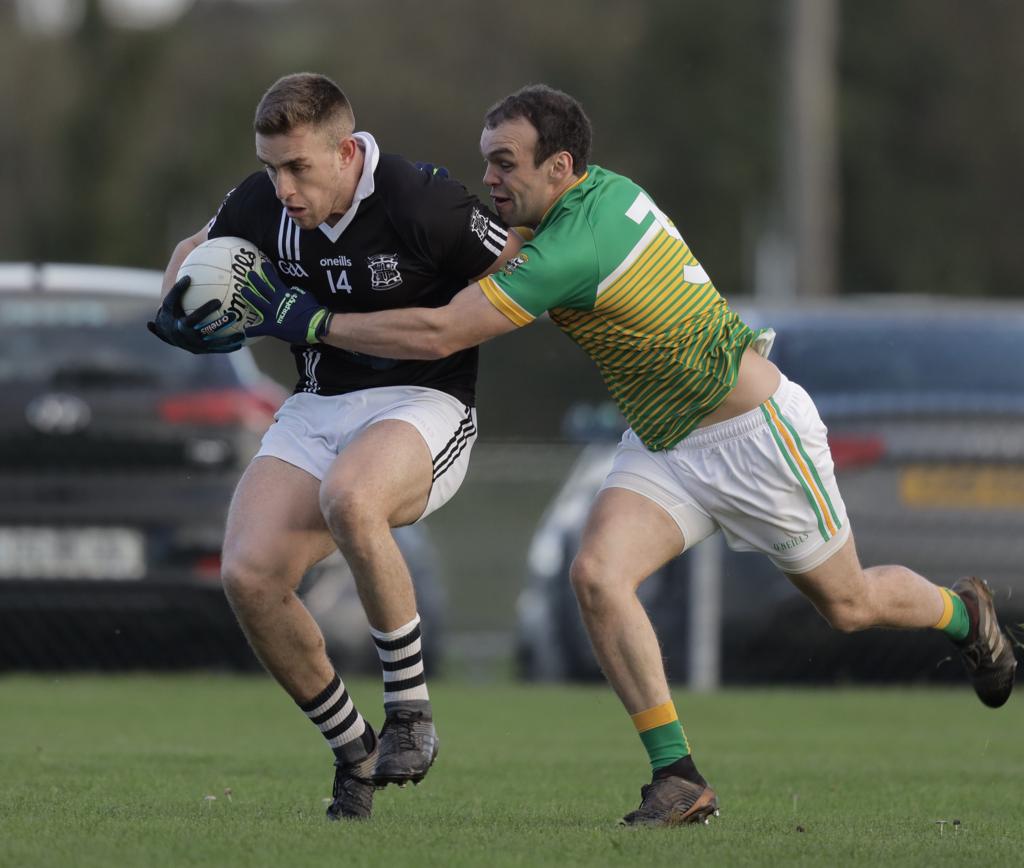 Magheracloone booked their place in the semi-final of the Ulster intermediate club championship but they were pushed to the very pin of their collars by a resurgent and resilient Foreglen in this keenly contested and at times highly exciting contest that was played in good conditions at the excellently appointed Grattan Park in Inniskeen yesterday afternoon.

Played at a cracking pace throughout this was a contest that saw the sides level five times in the first twenty-five minutes before Magheracloone struck for two goals in the space of two minutes from Michael Metzger and Allan Kieran, to help them to a five points half-time lead, 2-6 to 0-7, Kevin O’Connor from frees keeping Foreglen in the match.

In the second-half the game built in intensity as Foreglen forced a number of turnovers, but like Magheracloone were wasteful in their use of possession and some of their finishing, and after conceding a third goal in the eleventh minute of the second-half they found themselves seven points in arrears.

To their credit they refused to capitulate and they were thrown a lifeline with a goal from a penalty by Mark McCormack in the sixteenth minute after he was adjudged to have been fouled in the area and when they hit the Magheracloone net for the second time five minutes from the end of normal time, Oisin Duffy with a screamer, just one point separated the sides and the issue wide-open.

Magheracloone to their credit rallied at this stage with veteran Tommy Freeman central to getting things back on track with two points from frees , but the Magheracloone goal enjoyed something of a charmed life on a couple of occasions before they closed it out with a late point by Padraig McMahon. Foreglen finished the game with fourteen players when Liam O’Hara was sent off on a straight red card six minutes into stoppage time.