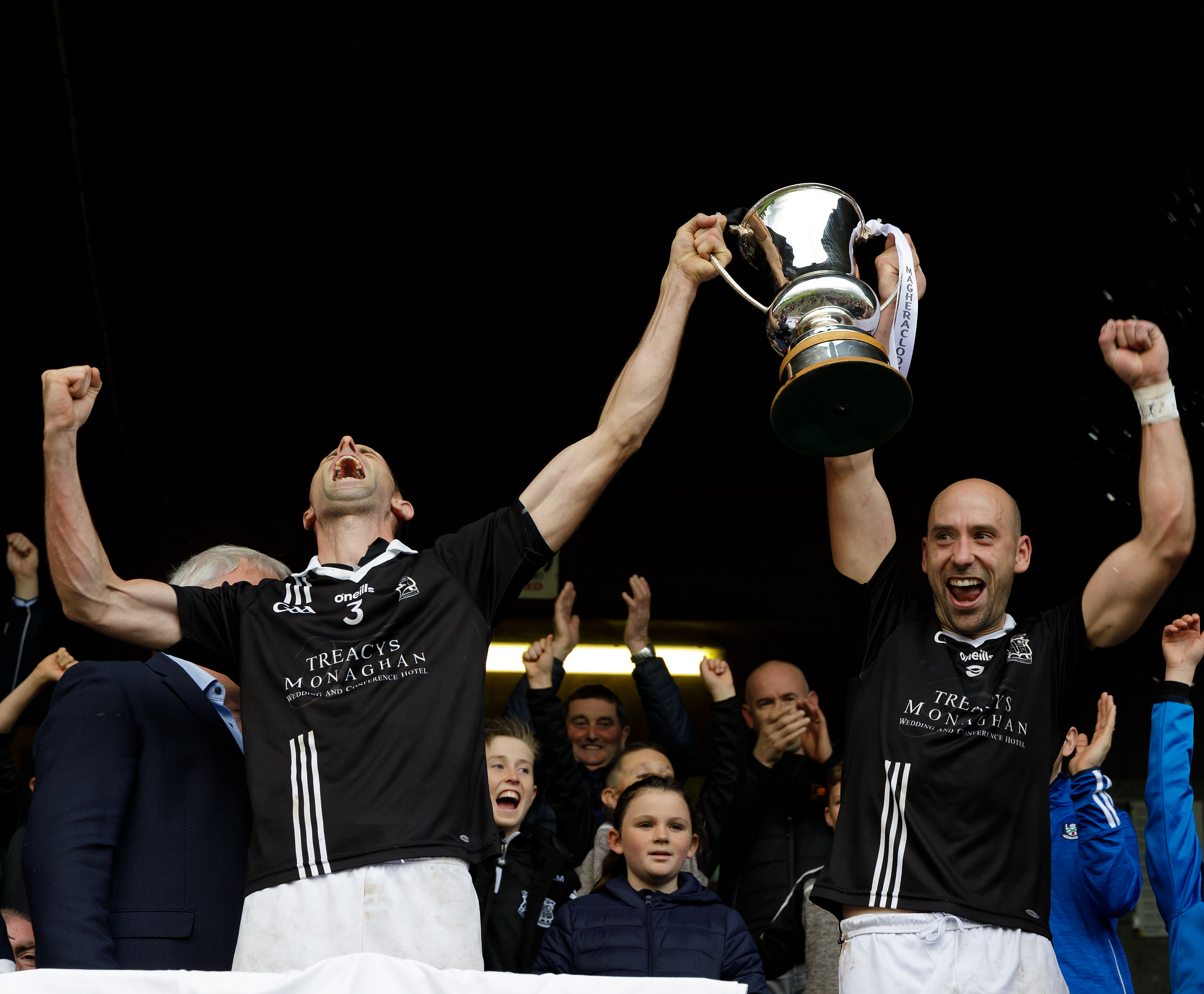 Magheracloone secured a quick return to senior football when they ran out convincing winners in last Sunday’s IFC Final against Donaghmoyne in Inniskeen.

Paudie McMahon’s first goal cancelled out a bright start by Donaghmoyne and although David Garland hit the net on his way to a personal tally of 1-8, Magheracloone blitzed their opponents either side of half-time. McMahon’s fourth goal of the championship and a string of points from IFC top scorer Alan McCahey helped Magheracloone take charge and they didn’t look back as they claimed a fourth IFC title and a first since 1992. Man of the Match McCahey led seven scorers for the Mitchells, who will represent Monaghan in the Ulster Club IFC next month.