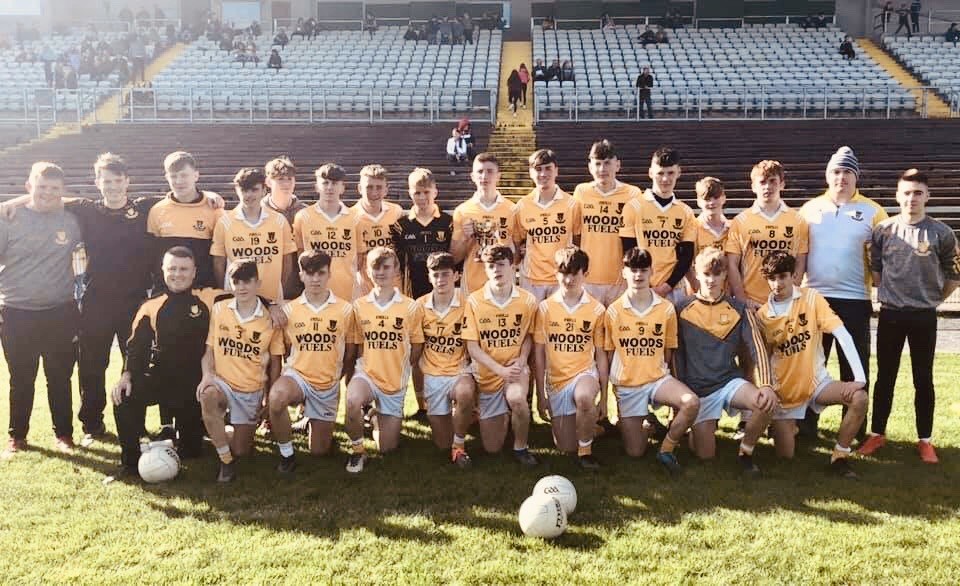 Last weekend the curtain came down on the Maguire International U17 Championship series which certainly served up some dazzling displays and exciting encountersalong the way especially in the finals.
The Division 4 encounter between Clontibret and Doohamlet didn’t fail to deliver. The first half was an evenly contested affair as both sides exchanged scores and indeed the lead throughout with Doohamlet ahead by the minimum at the interval on a score line of 1-05 to 0-7.
The second half opened in the same manner with Clontibret levelling matters in the first minute. Clontibret did build a 4 point advantage which Doohamlet reduced to a point going into the last 10 minutes of the game. From here on the tide turned as Clontibret moved up a gear and proved much too strong for Doohamlet hitting home 2-03. Despite a never say die display by Doohamlet Clontibret’s dominance continued as they extended their lead pulling away in the final stages to win on a final score of Clontibret 2-17 Doohamlet 2-08 .