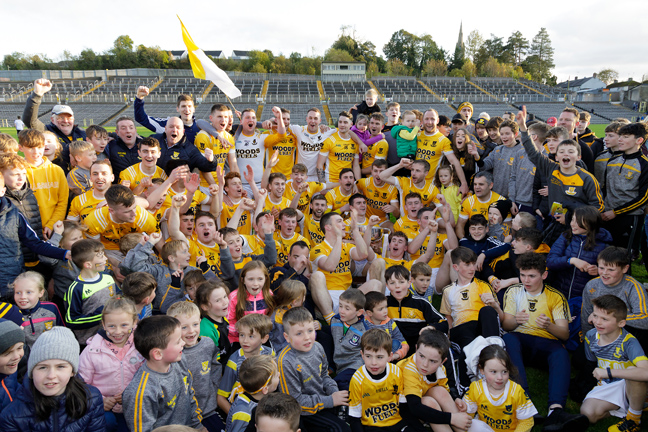 Clontibret became SFC winners for the first time since 2014 when they stunned five-in-a-row chasers Scotstown in Clones last Sunday.

Conor McManus hit five first-half points as he was named Man of the Match, while Ryan McGuigan’s 57th-minute goal put the result beyond doubt after a belated rally by Scotstown. McManus led nine Clontibret scorers as they led from start to finish in dethroning the holders. The O’Neills turned a 0-9 to 0-3 half-time lead into a nine-point cushion after the restart and even after Scotstown battled back to trail by four, McManus turned provider for sub Ryan McGuigan to score the only goal and put the result beyond doubt.