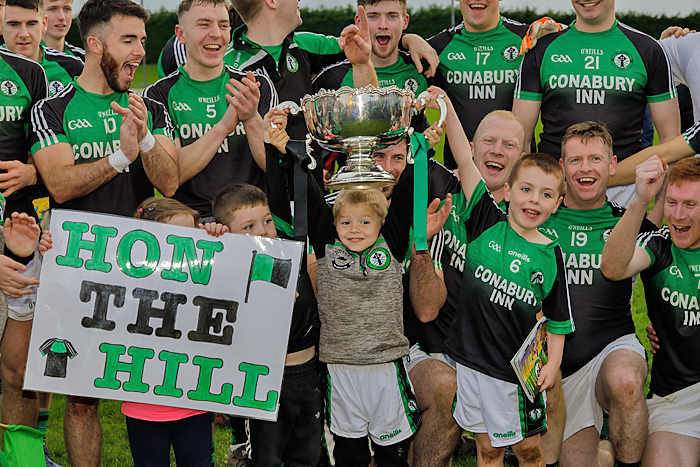 Blackhill joined three other clubs – including beaten finalists Drumhowan – at the top of the JFC roll of honour when they won last Sunday’s Universal Graphics Junior Football Championship decider in Aughnamullen.

Drumhowan’s first score of the game (a tenth-minute goal by JP O’Neill) briefly edged them ahead, but that proved to be their only time to lead, as goals either side of half-time by Man of the Match Michael Geehan and Anthony Courtney put Blackhill in the driving seat. Patrick Quinn found the net as Drumhowan made a typically spirited comeback in the hope of maintaining their unblemished record in JFC Finals, but Philip Donnelly tapped home a close-range rebound to guide Blackhill over the line for their second junior title in four years.