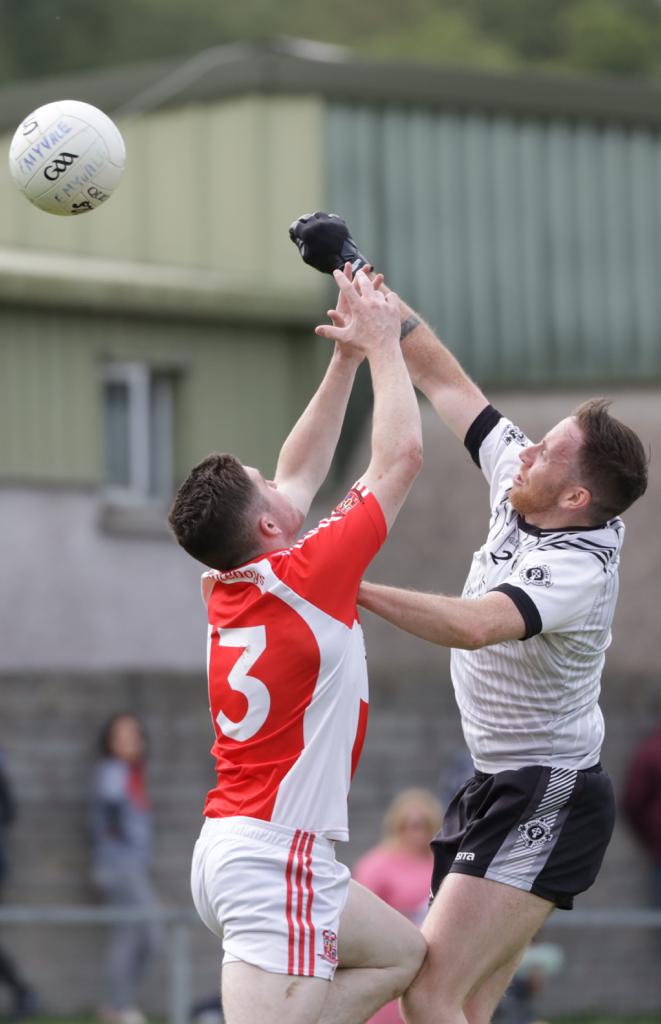 A David Garland inspired Donaghmoyne staged a magnificent second half recovery to come from being eleven points in arrears and down to 14 players eight minutes into the second half to going on to win  this totally absorbing encounter that built to an unbelievable finish, by two points at the end of a second-half that lasted all of forty-one minutes.

Emyvale had the better of the exchanges in the first half and went on to lead by 2-6 to 1-5 at the break, picking up on the resumption, where they had left off, to tag on an unanswered 1-4 by the eighth minute of the second-half, to lead by eleven points and Donaghmoyne reduced numerically with the second yellow card dismissal of Pauric Donaghy.

From there to the finish though it was Donaghmoyne who dictated the pace, inspired by David Garland, who at times single handedly carried the battle to Emyvale and had to endure some fairly uncompromising treatment at times, that led to a couple of lengthy stoppages, but undaunted he continually drove his side forward as they hit an unanswered 1-11 between the ninth and thirty-sixth minutes of the second-half, before Emyvale ended a barren spell that lasted all of twenty-nine minutes as they registered two late points either side of Donaghmoyne’s final score by Cormac O’Conor to leave two between them at the long note.