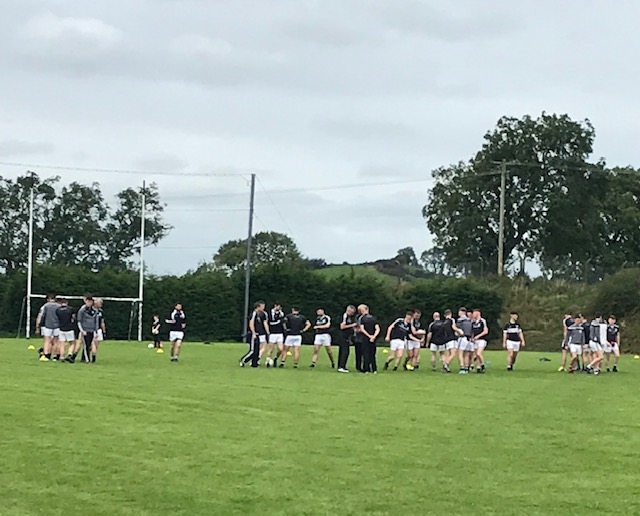 Magheracloone booked their place in the intermediate championship semi final but they had to stage a last ditch recovery to get over the line against a battling and resilient Corduff in this thrilling, high scoring affair that was in the balance with just minutes to go in Aughnamullen on Sunday afternoon last.

The Mitchells were only headed once in the entire contest and that in the opening minute when Fergal Hanratty put Corduff in front, but Magheracloone were soon on level terms and then took the lead in the 3rd minute through Gavin Doogan.

Hanratty went on to finish top scorer with 0-14 from play and placed balls and was executioner in chief as Corduff pushed the pre-match favourites right to the death.

Magheracloone led at half time by 0-12 to 0-8 and they extended that out to six points in the early minutes of the second half but they had to withstand a power packed third quarter from Corduff that saw them hit six unanswered points between the 4th and 15th minutes to completely wipe out Magheracloone’s advantage.

Crucially though Corduff were not able to get their noses in front and Magheracloone rallied to open a five points lead by the 22nd minute and looking like they had weathered the storm.

However they had not reckoned on Corduff’s fighting spirit as they roared back an unanswered 1-2, the goal by Jamie King  to again throw the issue wide open with the sides level.

As before though when the chips were down Magheracloone rallied for three quick fire points but they also had to withstand some anxious moments in defence as Corduff came in search of a second goal but an exchange of points in stoppage time saw the game out with Magheracloone three to the good at the finish but also with plenty to ponder as they plot their way forward.