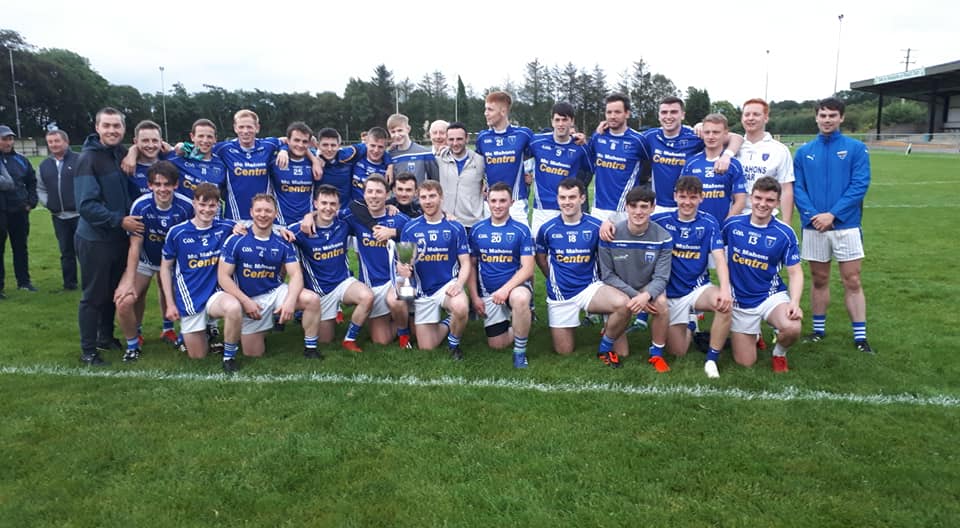 Scotstown won the RFL Division 1A for the fourth year in a row when they held off the challenge of 14-man Magheracloone in Blackhill on July 31. Ruairí Sheehan proved unstoppable in the Scotstown attack as he racked up 11 points (including seven from play) to fire his side to another reserve trophy. Alan McCahey’s free-taking kept Magheracloone, who had Jonathan Donnelly sent off just before half-time) within striking distance for much of the game, but they were outscored by 1-7 to 0-1 from the 40th minute on.