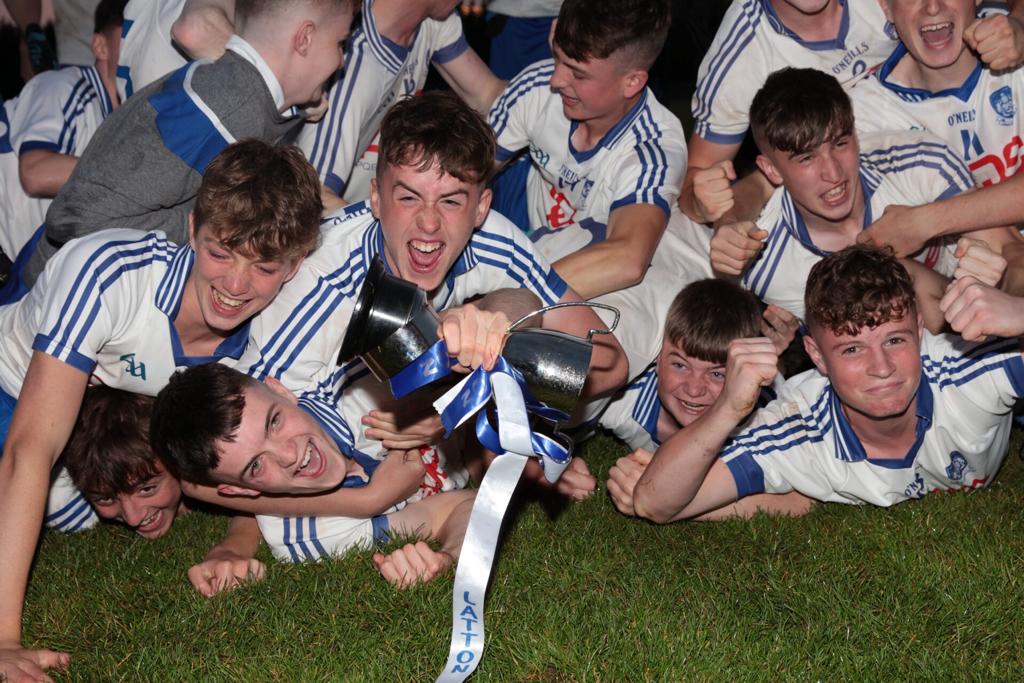 ​There were jubilant scenes from the Latton faithful supporters as their under 19 side were deservedly crowned division 1 champions in Corduff on Wednesday evening. Ultimately the concession of goals from Magheracloone in either half proved to be a major setback to their title aspirations.While the game was played in greasy underfoot conditions throughout, both teams deserve immense credit for the standard of ball handling and score taking. In the opening half the O’Rahillys availed of the wind and through the accuracy of full forward Darragh Dempsey, roaming corner back Eoin Duffy and the sublime skills of Aaron Mulligan they managed to lead at the interval by 8 points. The two majors coming from corner forward Kevin Fitzpatrick and the aforementioned Duffy by the halfway stage. The Mitchells were struggling to penetrate the Latton defence although they did finish the half with a fine score from midfielder Liam Óg Murray. Any chance Magheracloone had of retrieving the deficit in the second half was effectively removed when Aaron Mulligan struck a beautiful left footed effort to the corner of the Mitchell’s net. Indeed, Mulligan would add anther ‘major’ in the 19th minute to round of a memorable display for the former county minor star. In the concluding period Kevin Fitzpatrick added another score to cap a comprehensive victory for the mid – Monaghan club and an Under 19 county title to compliment the Under 17 division 1 title success of 2018.