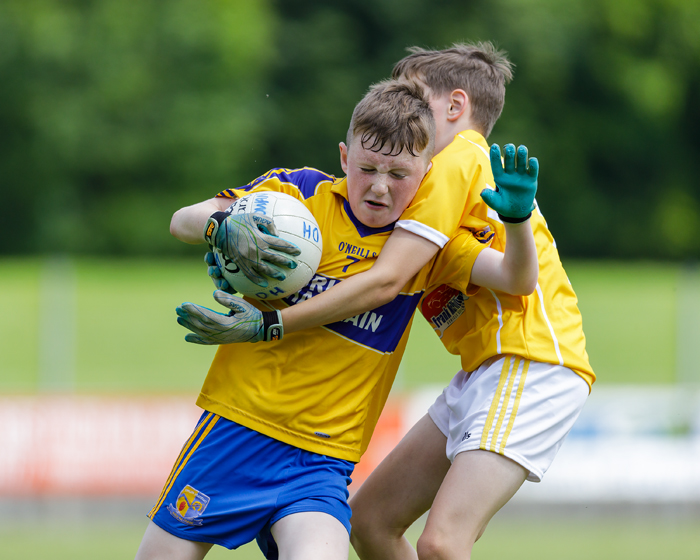 Drumhowan continued a great week at juvenile level when they won an exciting U-13 FL Division Four Final in fine conditions at Gavan Duffy Park, Monaghan last Saturday. Just six days after several of this side contributed to a remarkable success at Féile, Drumhowan held on in a dramatic finish for another narrow win.

Drumhowan had led for almost all of this game of contrasting styles, where their short-passing, running game proved difficult for a more physical Seán McDermotts side for long spells. The Seáns threatened an unlikely turnaround when some route-one play earned them a few quick-fire goals that edged them ahead late on, but Drumhowan responded with the last three points.

With Tom Doherty influential all over the pitch throughout, Darragh McAdam leading the scoring and Éanna Curran and Oisín Quinn impressing in defence, Drumhowan were worthy winners, despite a spirited effort from the Seáns, who were led by Ben Forde and James McCabe.

That was the first U-13 FL Final of the year, with another eight shield and cup deciders down for decision this Saturday.