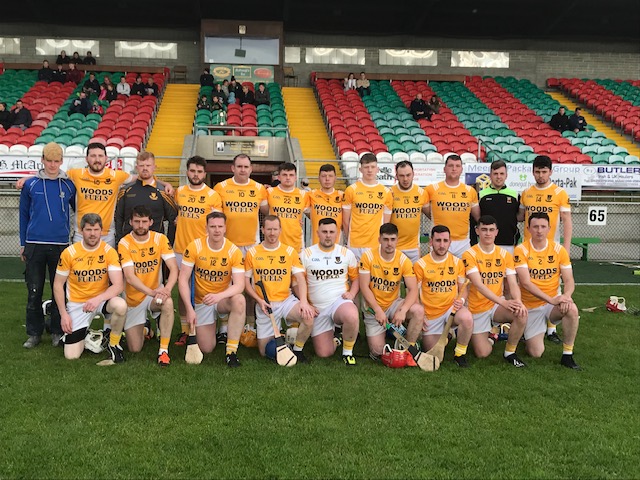 A more resolute Clontibret held out for the narrowest of victories in a tight finish to this very entertaining Development Hurling League final that was played in excellent conditions in Inniskeen on Thursday evening last.

Clontibret led from gun to tape after they got off to a great start, hitting 1-2 in the opening five minutes, veteran and top scorer Cormac Connolly with the goal and he grabbed a second goal in stoppage time at the end of the first half, giving them a five points half-time lead. Twice in the third quarter Castleblayney got the margin down to 2 points, but despite all out attack in the final quarter they could only manage one further score, although both sides were guilty of a series of missed chances to leave one between them at the finish. Castleblayney finished the game with fourteen players when Bernard Connor was red carded in the final minute of normal time.