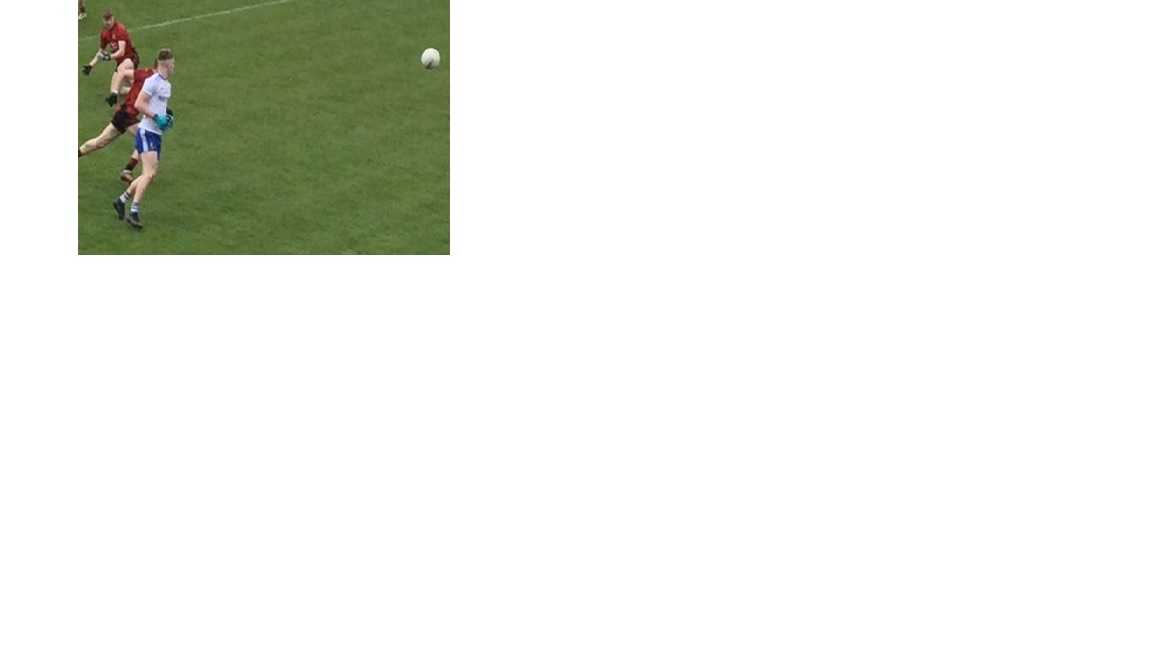 Monaghan entered the final round of their U17 League campaign last Saturday 6th April in Dunsilly  knowing they had to win by 14 points if they were to reach the final of the Jim Mc Guigan Cup.

They opened brightly with  a point from Jason Irwin and then Liam Mc Donald got on the score sheet  with a free. Antrim then replied. However for the remainder of the half it was mainly one way traffic with Monaghan getting 3 goals  and Antrim’s only reply was a goal from Marcus Lynch  at the end of the first quarter.  At half time Monaghan  led by 12 on a 3-8 to 1 – 2 scoreline.

The second half continued in the same vein as the first half with Monaghan continuing to exert pressure on the Antrim defence, scoring a further 1-8 to Antrim’s solitary point. Monaghan’s goal came directly  from  a 45 taken by Julius  Sniauksta. With Monaghan in the driving seat management got the chance to empty their bench thus ensuring that all panel members got game time during the 4 game campaign .  The 22 point victory means a Cup Final appearance  this Saturday 13th of April  against Tyrone  in Watty Graham’s GAC with a 12 noon  throw in.