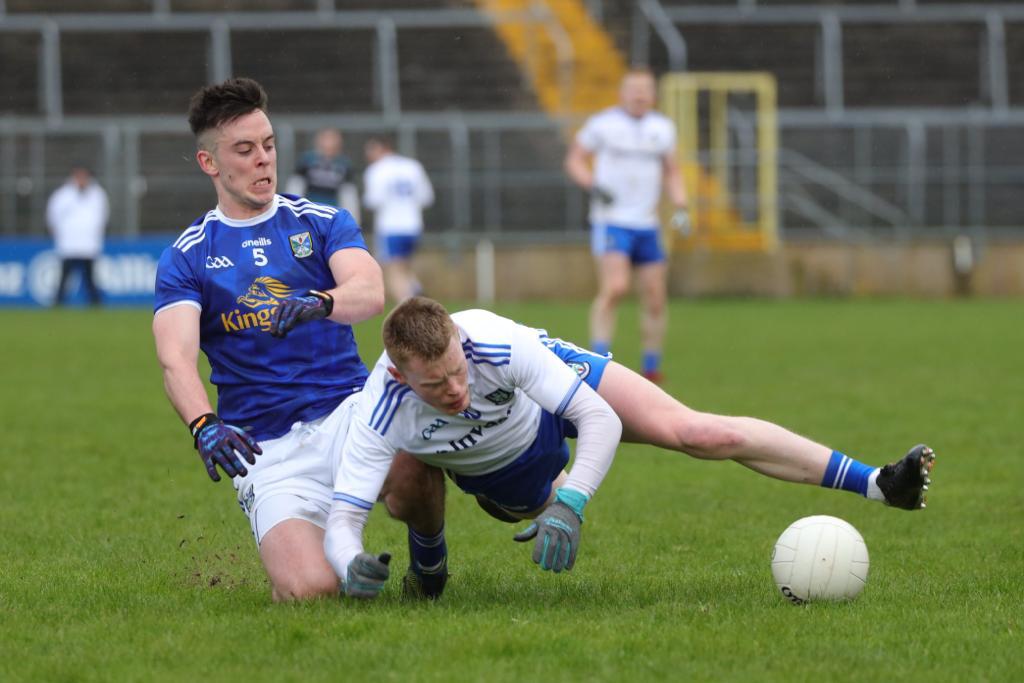 Monaghan returned to winning ways in the Allianz Football League when they saw off neighbours Cavan in Clones on Sunday. In a typically tense derby, the hosts produced a much-improved second-half performance to claim a valuable win that boosts their chance of retaining top-flight status.

Monaghan recovered from conceding an early goal to Cian Mackey in a closely-contested first half that ended with the teams on level terms at 0-6 to 1-3. Malachy O’Rourke’s side pushed on after the restart, with Conor McManus leading the scoring once again and Jack McCarron, Ryan McAnespie and Kieran Duffy all making an impact off the bench. Substitute Gearóid McKiernan led a late rally from Cavan, but Monaghan held on to end their four-game losing run ahead of their final-round trip to Castlebar to face Mayo next Sunday.