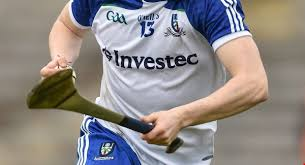 Monaghan made it two wins on the bounce when they proved that little bit too strong for Lancashire but they were made to battle all the way by the resilient visitors in this very entertaining contest that was played in somewhat dull conditions in Inniskeen yesterday.

Goals ultimately did the trick for Monaghan, particularly their second a minute into the second half, which put some daylight between the sides after they had been level four times in the opening half and Lancashire taking the slenderest of leads twice in the opening quarter. Monaghan led at half-time by 1-9 to 0-8, the goal by Luke McKenna in the seventeenth minute.

A second goal by Mark Treanor within a minute of the resumption put Monaghan seven in front and that allied to the accuracy of Fergal Rafter from frees, saw Monaghan open a nine points gap entering the final quarter. Lancashire to their credit battled gamely and got the margin down to 5 points with ten minutes of normal time remaining, but any chance of surprise was killed off when Patrick Finnegan hit Monaghan’s third goal with six minutes of normal time remaining.