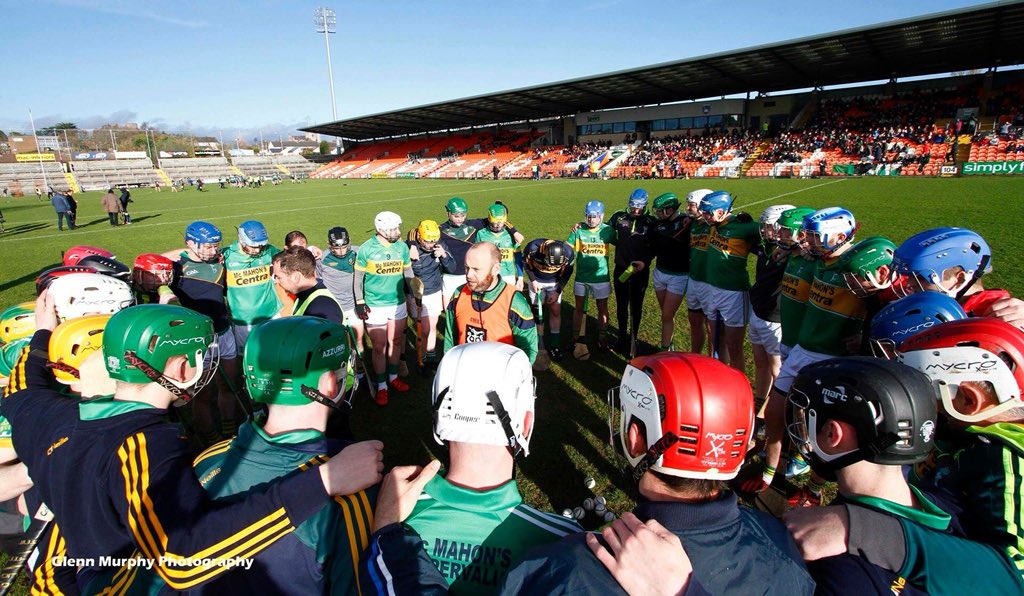 Castleblayney staged a strong finish to book their place in the All-Ireland Club (JHC) semi-final after this thoroughly deserved four points victory over the champions of Britain, John Mitchel’s of Warwwickshire in a thrilling encounter in Pairc na hEireann, Birmingham. The Monaghan men though had to do it the hard way after finding themselves five points in arrears with twelve minutes of normal time remaining remaining and having trailed from the opening exchanges.

The scores that counted were two second half goals from team captain and centre back Paddy Finnegan and top scorer Fergal Rafter tipped the balance in favour of the visitors who only managed just two pointed frees from Fergal Rafter in the opening half at the end of which the winners trailed by 1-4 to 0-2, the Mitchells goal by Emmet Mccabe shortly before the break.

The champions of Britain started the second half well and maintained their four points advantage during the third quarter although Castleblayney were gaining more traction in the exchanges. Entering the final quarter they got a major boost with their first goal and with ten minutes of normal time remaining they had drawn level at 1-8 each. With five minutes of normal time remaining Castleblayney took the lead for the first time and completed the turnaround with a second goal three minutes from time to seal a memorable victory that sets them up for semi-final clash with Carrick-on-Shannon early in the New Year.