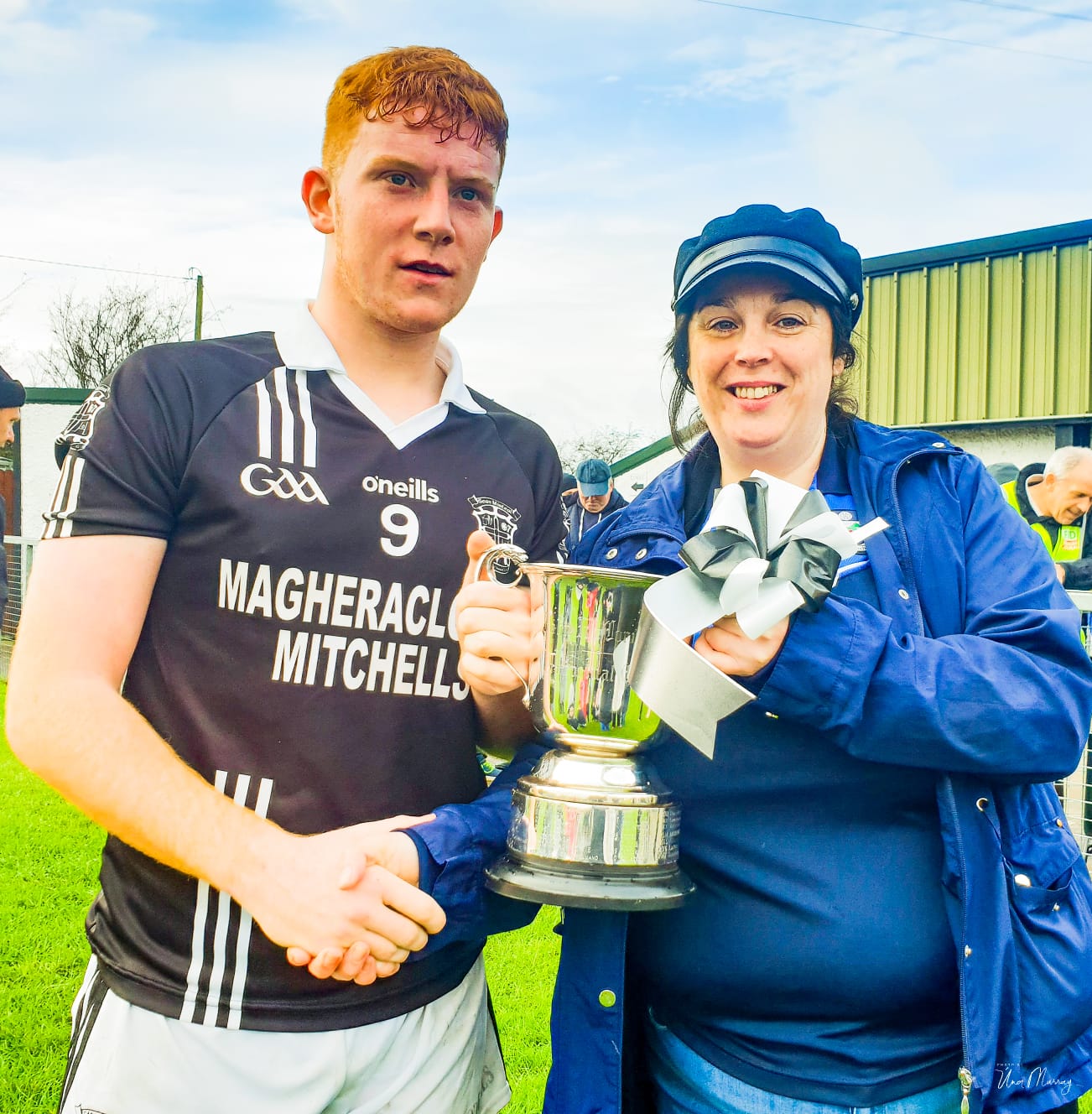 Magheracloone captured the U17 Division 2 Shield in Blackhill on Sunday 21st October. In the end it was the goals that proved the difference for the south Monaghan side with them kicking two in the first half and 4 in the second to run out 18 point winners over the north Monaghan side.

Daniel Mc Cahey opened the scoring with a point for Magheracloone and Michael Meehan then kicked two frees for Scotstown  before captain Ryan Mc Nulty levelled matters at the end of the first quarter. That was as good as it got for Scotstown as Magheracloone got their first goal from the boot of Ryan Mc Nulty in the 19th minute. Points were then exchanged  to leave only a goal in it going into the closing minutes of the half  but Magheracloone signalled their intent for the 2nd half  when Kyle Matthews got a goal to leave Magheracloone 2-4 to 0-4 ahead  at half time.

The 2nd half started slowly with neither team registering a score till the 13th minute and then it was two from Scotstown coming from Ciaran Mc Quaid and Michael Meehan to leave only four in it going into the final quarter. Ryan Mc Nulty then got a point to put five in it but in the final 10 minutes Scotstown folded and Magheracloone hit four unanswered goals and 2 points   to Michael Meehan’s  solitary point, his fifth free  to leave the full time score Magheracloone 6-7 Scotstown 0-7