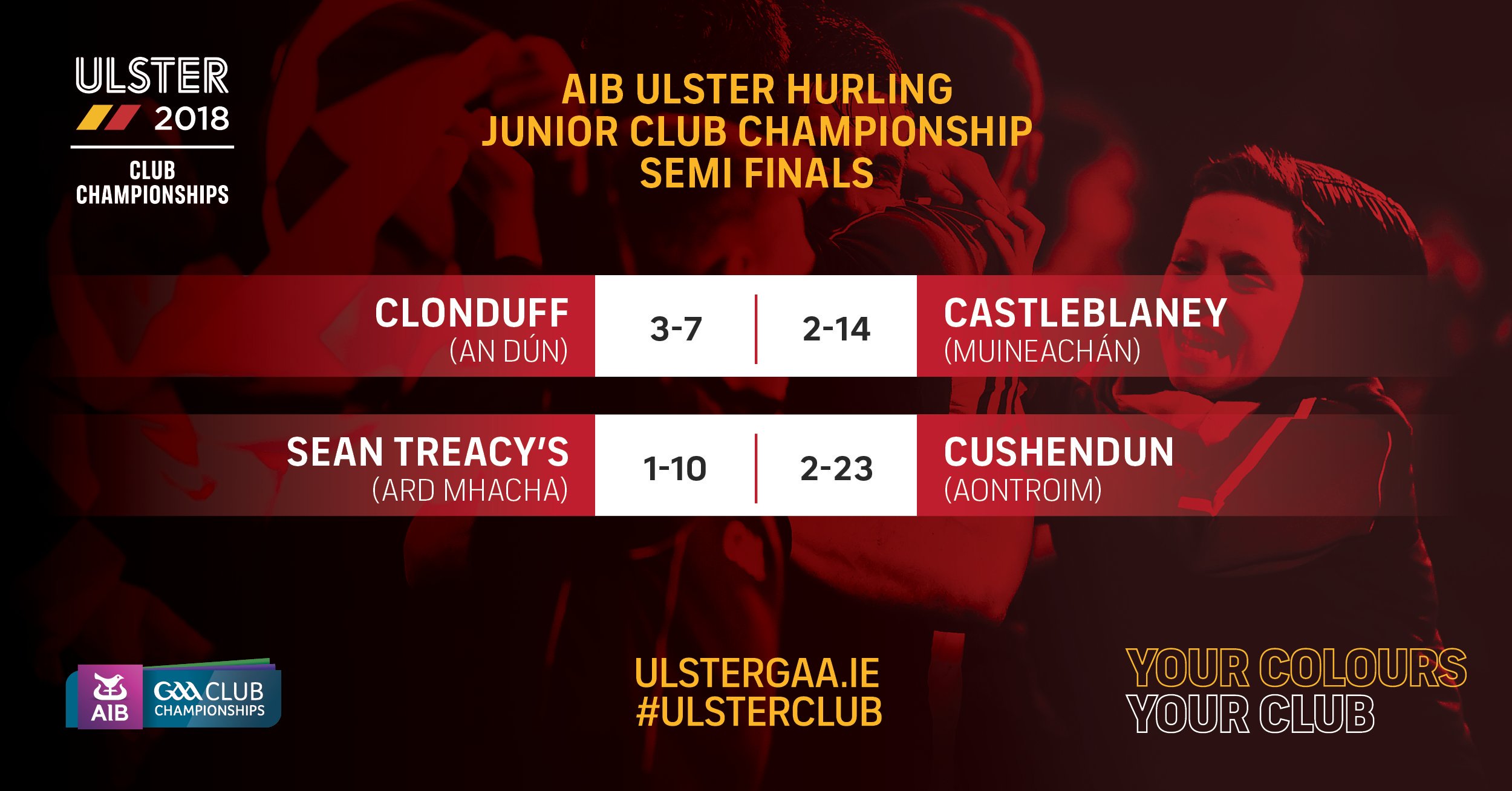 Fergal Rafter put on a scoring exhibition that helped propel Castleblayney through to the final of the Ulster club Junior hurling championship at the expense of Down champions Clonduff in a very entertaining contest that was played in bright if chilly conditions in Crossmaglen yesterday afternoon.

Castleblayney started well but goals for Clonduff by Rhys Ward in the seventh minute and Patrick Grant in the sixteenth minute give the Down champions a foothold but by half-time Castleblayney had fought back to parity thanks to the accuracy of Fergal Rafter from a succession of frees to leave the half-time score Castleblayney 0-9, Clonduff 2-3.

A brilliant goal by Fergal Rafter within forty seconds of the restart restored Castleblayney to the lead and approaching the end of the third quarter they had opened a seven points lead, Fergal Rafter continuing to find the range. Clonduff  rallied to hit 1-2 in the space of five minutes, the goal by substitute Liam McParland to reduce the deficit to two. Castleblayney responded immediately with a goal by Brian McGuigan, Fergal Rafter the provider, and while Clonduff registered two late points they were denied the goal they needed to have any chance of turning it around as Castleblayney held out for victory.