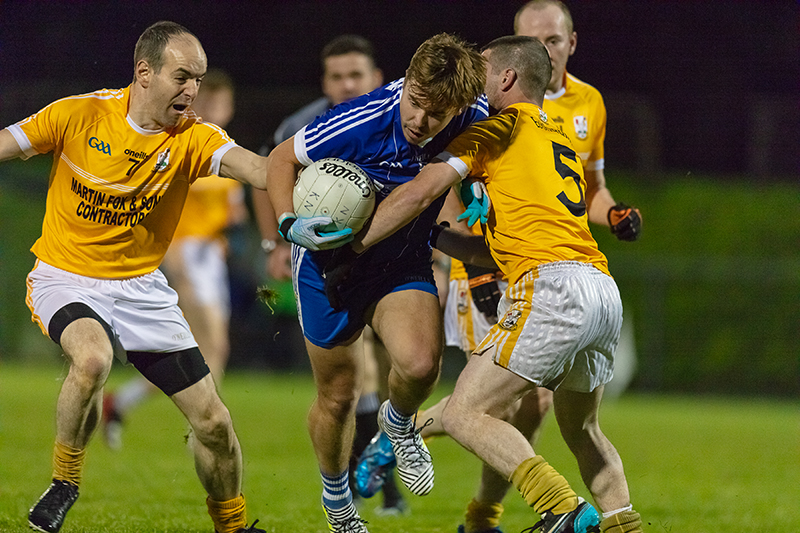 A more composed Oram booked their place in the semi-final of the Junior football championship at the expense of Killeevan who exited the series, in this fairly low-key and at times scrappy affair that was played in St Mary’s Park, Castleblayney, on Friday evening last.

Goals were ultimately Killeevan’s undoing in this contest as they had competed well and led on 2 occasions in the opening quarter, before being hit with a goal in the 20th minute that help Oram to a 3 points lead, 1-4 to 0-4 half-time. In the 3rd quarter Killeevan kept in touch but were finding scores hard to come by, but when Oram found the Killeevan net for the 2nd time going into the final quarter, the game was effectively over as a contest and petered out as both sides ran their benches and Killeevan unable to engineer the goal that would have thrown them a lifeline.