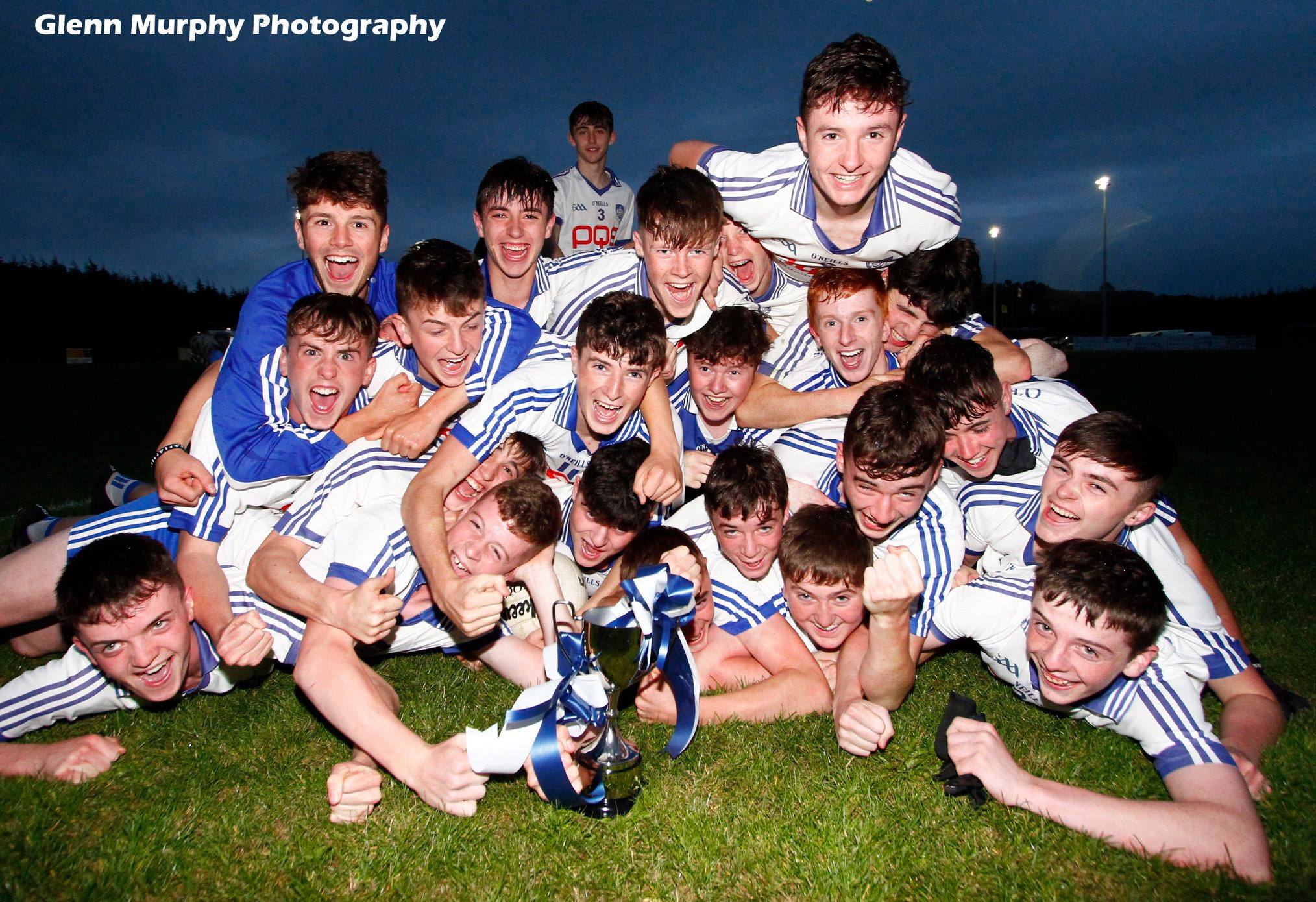 The game began in a thundering fashion and within the first minute of this minor final the robust Jack Cassidy at Full back for Carrick had encountered a multitude of forwards. Not phased by the physicality of the game the  Latton forwards took it in their strides and got the games opening point from midfielder Kevin Fitzpatrick. Carrick at this point made a tactical decision to employ sweepers in an attempt to foil and inhibit Latton’s lively and diminutive forwards. However, the consequence was that Carrick’s full forward Oisin O’ Hanlon was often left isolated and outnumbered in the opposition half. By contrast Latton’s excellent first touch and kick passing allowed them to break down the Carrick defence more efficiently. The majority of the first half scoring was done by Darragh Dempsey who nabbed (0-4) in the first half many of which were assisted by his half forward line of Gavin West, Aaron Mulligan and Michael Coyle. Aaron Mulligan was tightly marked after an impressive county minor campaign and was marshalled by the omnipresent Tiarnan McCourt. It took considerable effort from Carrick’s Andrew Moore to get their opening score. But when the opportunity rose he finished capably. The half time score finished Latton (0-9) Carrick (0-1)
The second half began brightly with both teams continuing to play at a furious pace. Carrick introduced a number of personnel changes to attempt to freshen up their attack. They began to attack more freely in the second half and wreaked the rewards with defenders Niall Keenan and Niall Bermingham stealing forward to assist Daire Alfred and Oisin O’Hanlon for a point each. The Latton backline defended ferociously and valiantly and made Carrick work hard for any scores most notable the Duffy duo at half back and full back Conor Corrigan. At this stage Carrick were trying desperately for a goal to get back into the game whilst Latton continued to tack on point after point. Carrick eventually got their goals through captain Tiarnan McCourt and substitute Oran Brady. They mounted a brief comeback but were repeatedly snuffed by the Latton forwards who continued to knock over points playing with experience beyond their years. Final score Latton (0-17) Carrick (2-4)