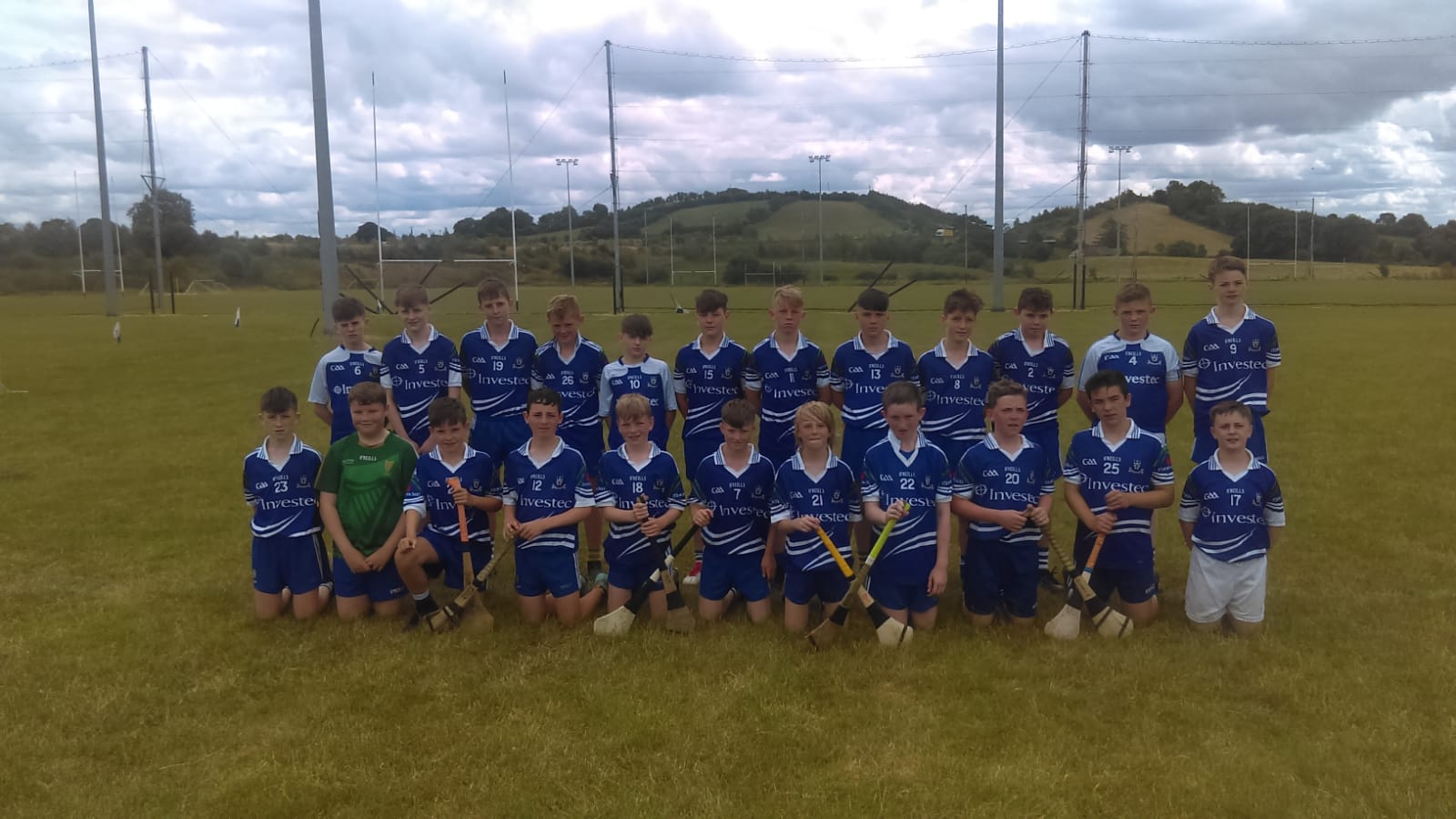 Over the past three weeks  our U14  hurling development squad took part in two blitzes in Cloghan.

Teams from Louth , Cavan , Fermanagh , Armagh  and Monaghan took part in these blitzes.

In the first blitz on the 7th July, Monaghan played Cavan , Armagh and Louth and  played some brilliant hurling and competed extremely well in all three games. Stand out performers on the day were Nathan Mc Ardle and John Treanor in midfield and Jason Campbell and Nicky Sherlock in Defence. Oisin Murray and Henry Kelly showed great speed and skill to break the opposition defence on a number of occasions.

In the second blitz on the 21st of July Monaghan played a Tyrone A and a Tyrone B team. Monaghan won comfortably in their opening game and were defeated by the Tyrone A team in the second match where they met a stronger , better organized team as it was their first choice squad. The lads competed for every ball and never gave up until the final whistle.

Oisin Murray when introduced was excellent at half forward and Jack Mc Donald at full forward was brilliant under the high ball.

These blitzes are great preparation for the national blitz, which takes place on the 25th August.

Monaghan Coaching and Games would like to thank all the players and parents for all the effort so far throughout the year.