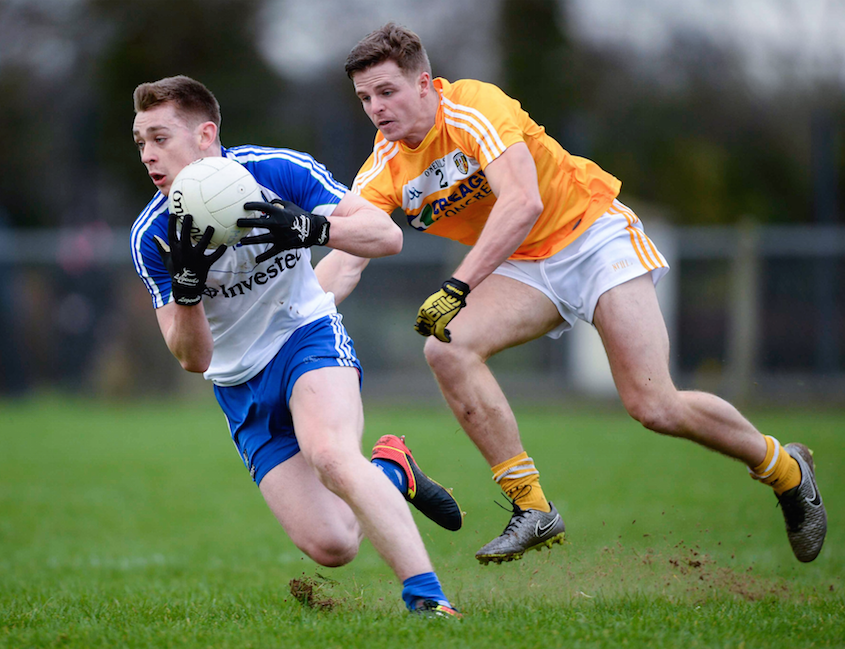 Monaghan stayed top of the Dr. Mc Kenna Cup Section B with a comprehensive win over Antrim at Glenavy on Sunday. Colin Walshe fired home the opening goal to help Monaghan lead by 1-9 to 0-3 at half-time, with Man of the Match Kieran Hughes also prominent around midfield and in front of the posts. Antrim doubled their tally within minutes of the restart, but the second half would settle into a similar pattern, with five points from subs Conor McCarthy and Barry McGinn and a goal from a Shane Carey penalty seeing Monaghan cruise to a second win. Conor Forde was the only debutant given a start by Malachy O’Rourke, but fellow newcomers Niall Kearns, Stephen McCabe and Aaron Lynch were later introduced, with the former joining ten Monaghan team-mates on the scoresheet.