Thank You for your continued support of Gaeil Truicha

If anyone is interested in sponsoring our Club lotto, either weekly or monthly, please contact any Committee member.

Tuesday 17th & 24th January. Dr.Mary O’Kane is a lecturer in Psychology, Early Childhood Studies and Education. Her research interests include Childhood Transitions; self-esteem and wellbeing and the value of play. Mary is a regular contributor Newstalk Radio; Ireland AM; and a range of other national and local radio shows discussing a broad range of parenting issues.

We are delighted that she will joining us in St.Mellans on January 17th and 24th to deliver 2 in person seminars “Perfectly Imperfect Parenting” and Supporting Anxious Children”.

The function room and bar are available for all occasions and events. With great packages for food and entertainment. Please contact Bar Manager Shane McKenna on 0871215838 for more details.

Juvenile County Championships. We had a busy day on Sunday as we hosted the juvenile county championship singles finals in St.Mellans, we had 6 club players in action representing the club on the day, first in action was Shay Mc Kenna where he took on Aaron Bannon from the Harps, showing no nerves in his first county final Shay took full control from the off, with great serving and taking great back wall shots Shay was cruising and took the first game 15-4, after a short break Shay took off from where he left and again was in full control, especially from his serving, but Aaron was a good player and had a good side arm serve but nothing fazed Shay no matter what Aaron threw his way and he took the 2nd game and the title 15-2, next in was Beibhinn Mc Cluskey in the girls U12’s, there waiting was Tegan Clerkin from Bawn, Tegan had a great serve and was pushing Beibhinn back all the time and took the first 15-1, Beibhinn’s serve was working well when she got the chance but any slip on serve and it too straight Tegan was punishing, and she got Beibhinn out and took over talking the 2nd game 15-3, a good effort from Beibhinn but Tegan was just too strong on the day, as the afternoon moved on the boys U13 final took place where Odhran Mc Meel took on Cormac Clerkin from Bawn to a capacity crowd, and the two boys didn’t disappoint the crowd, early on Odhran was in control and looked to closing in on victory in the first game leading 11-4, but we knew what Cormac had in abundance was calmness, and he didn’t panic and slowly but surely clawed back into the game and took it 11-15, but Odhran came out settled down figured out where he was going wrong, and didn’t let up in the 2nd game and when in control he drove home winning 15-10 to force a tie-breaker, after that game Odhran was full of confidence and knew what he got do and proved it as he stamped his authority on the tie-breaker taking it and the title 11-3, and both players were greeted with a rousing applause and both deserved it, out next game was an all club affair in the girls U14’s where Leah Mc Carron played Fionnuala Mohan for the title, the first game was tit for tat and both girls rattled off good serves and could have went any way but Leah just got on a good roll and took the first 15-8, and still on that roll Leah never let up and kept Fionnuala on the back foot and took the 2nd game 15-0, but must be said a massive improvement girls on serving and in general play, well done, our final club member to play on the day was Myles Mc Meel in the U15 final, here he was up against Nathan Regiac from the Harps, again another first for Myles as in his first singles final he was a bit nervous but still settled and was leading throughout and took the first 15-11, but Nathan refused to wilt, so Myles slowed things down with a left wall lob serve and then picked Nathan off when the chance arose, this proved dividends as he took the 2nd game and title 15-10, another great and well deserved win, a great effort from all not just on the day but the weeks leading up the finals, hard work pays off!!!!, the 2 remaining game featuring Harry Treanor in the U14’s and Donnacha Mc Cluskey in the U16’s will be refixed this week, a message will be sent to all groups of time & venue.

Juvenile Coaching & Leagues. All juvenile leagues and coaching have resumed this week, so messages will be sent out, we are looking at setting up a league to the same format as the adult league and if it is possible this will be played in the allocated slots of the coaching, but coaching will continue until we have a league format sorted, all will be informed in due course.

Irish Nationals. The Irish Juvenile Nationals are in action earlier this year than normal, the port is open now for registration, the nationals themselves are being played in Dublin and surrounding venues, but for some of the older groups there might be some qualifying games to played to reduce numbers, these games could be played anywhere nationwide, so be prepared to travel, but most likely all will be central as they normally try to accommodate as to not have people to travel too far, but we encourage as many as possible to enter as this is a great opportunity to be pitted against the best in Ireland.

Adult County Championships. The adult county championships in all grades are now down to quarter final stages, good luck to all from the club that are still involved, all players must wear “club colours” when playing in county games, also county doubles only around the corner, so get teamed up and practising.

Mono League. The Mono league quarter finals are being played this week, good luck to all teams that made it!

Adult Club Singles & Doubles. The club singles in the club are being circulated this week, due to the large number of players we have introduced a 3rd division and would like to thank “Kerr Tunnelling” for coming on board and sponsoring the tournament, doubles will soon be drawn up.

Meetings. Our next club meeting is on Wednesday evening January the 25th, @ 8:30pm, all please attend.

Club Notes : If you would like to have something included in our weekly notes, please email pro.truagh.monaghan@gaa.ie – cut off for inclusion is 9pm on Monday evenings. 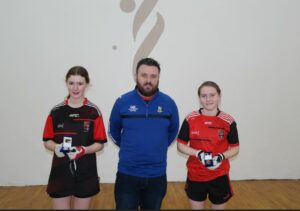 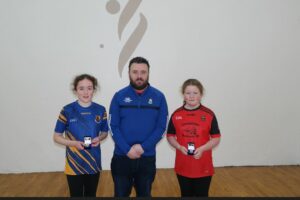 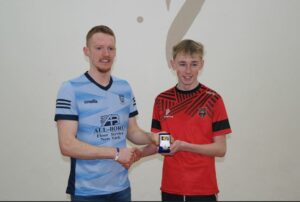 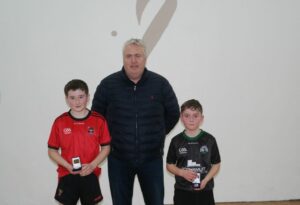 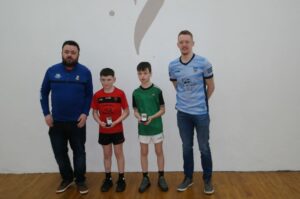