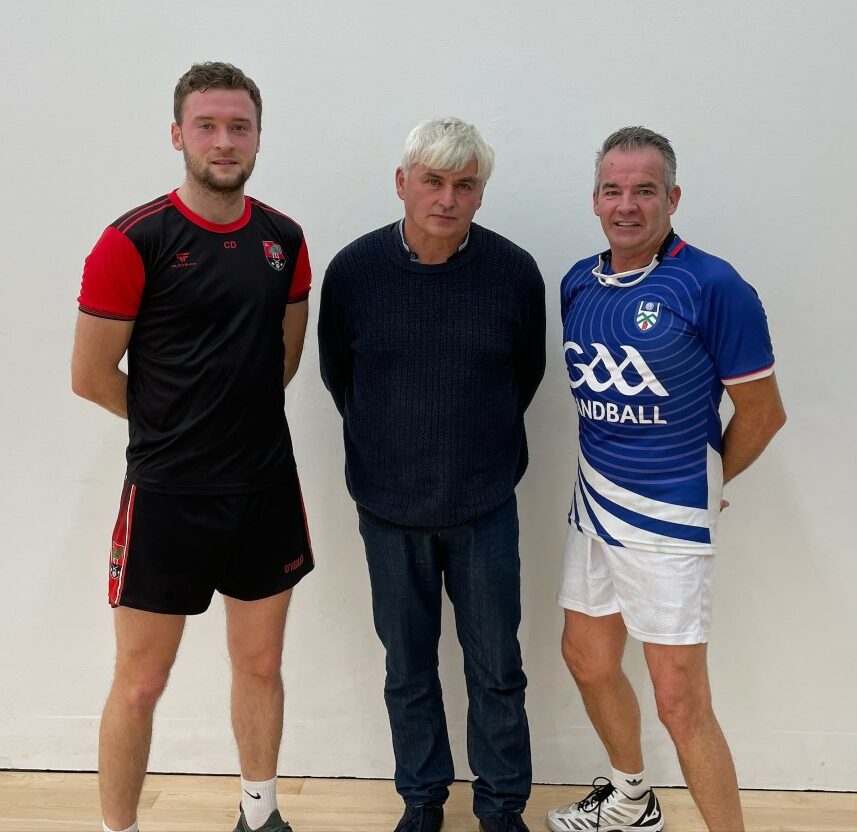 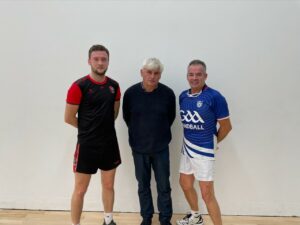 Intermediate Singles Final. The outstanding 2020 County Intermediate Singles Final was held in Corduff last Sunday between Christopher McKenna (D) and Paul Cassidy of Tydavnet, this was billed as a game that would have pushed Christopher but Christopher didn’t read the script and had ideas of his own, in the first game he totally controlled proceedings and took it 21-4, Paul couldn’t live with Chrissy’s range of play, from kills to roof shots and passing shots he was just in a different place to Paul on the day, the 2nd game Paul stayed in contention until about 9-9 then Chrissy started to find his groove and pulled off a few great aces down the left and drove on the win it and second ever Intermediate title 21-11, if Chrissy had more alley time he would be pushing hard in Senior level, form can come and go but skill is permanent, well done Christopher, also well done to Eoin Mc Ginnity (The Harps) as he retained the Senior Championship as he defeated Gavin Coyle (Bawn).

Juvenile Coaching & Leagues. The juveniles leagues are ongoing, we hope all enjoy the games, referees can adjust rules to accommodate players level of play, we introduced the leagues to give the juveniles a taste of game structure and don’t worry if a game doesn’t materialise into long rallies, we just want to see them in the alley and having a go!!!!!!!!!!!!, the 3 serve rotation will also help to balance out the game, we will also organise a league for the beginners in the next few weeks to get them in to the rhythm of game structure, softer rules will be in operation to suit also.

Juvenile Blitz. Keep in mind of the Ulster underage Blitz on the 4th of December in Saval Co.Down, open to girls and boys 9-12 years messages will be sent out to see who is going, again parents can “carpool” where possible.

Court Bookings. Check the “QR” codes around the courts for the new digital booking system for the “booking” of the alleys, any problems contact Eoin or Damon and all will be sorted.

Mono League. The Mono league is ongoing, any problems let the committee know, any games not played get sorted ASAP by captains please!!!!!!, can all captains send out messages to their team 48hrs in advance of each game to ensure all have a full team and all know about “game and time”.

Table Quiz. Keep free the 2nd of December as we are running our annual Table quiz in the complex for the handball club, usual rules apply so get a team of 4 and get your thinking caps on and keep an eye on local news!!!!!, on the night we will be having our presentation of the juvenile awards and a few outstanding adult ones also, so a good night for all, refreshments will be served.