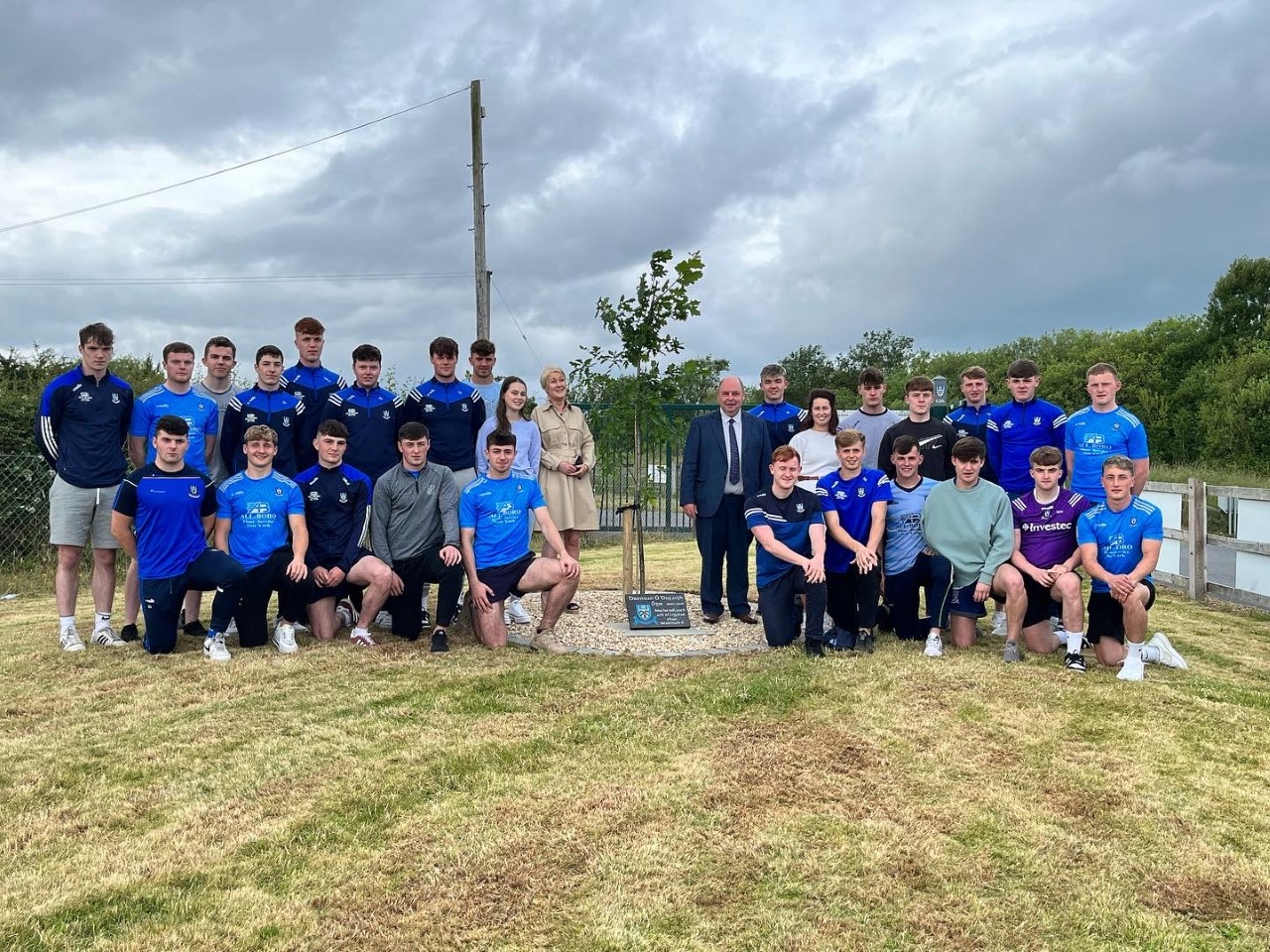 Last night our 2021 Under 20 team and management , Brendan, Esther, Claire, Áine O Dufaigh and members of Monaghan County Board gathered together in Entekra Monaghan GAA Centre of Excellence to mark the one-year anniversary of Brendan (Ogie) Óg Ó Dufaigh

We honoured  Ógie’s memory by planting an Oak tree at the entrance of our grounds.  A plaque was revealed by the O Dufaigh Family and Ogie’s Minor Manager Seamus McEnaney. Monaghan GAA Chairperson Declan Flanagan and our 2021 Under 20 Manager Andy Callan spoke about Ogie, the inspiration he was and still is to all of us.  We would like to thank Brendan for his very kind and heartfelt words on behalf of the O Dufaigh family.

A Commemorative Night has been arranged by Ogie’s club Monaghan Harps this evening (Friday), and will get underway at 7.30pm with the official renaming of the road from Old Cross Square to Monaghan Harps GAA grounds as ‘Slí Ógie Uí Dhufaigh (Ógie Ó Dufaigh Way).

At the clubhouse, current Monaghan Harps senior captain Aodan McAnespie will perform the unveiling of a bronze plaque which includes a picture of Ógie with the IFC trophy won in 2020 and the Harps crest.

Ómós d’Ógie, a 300-page book about loss and grief and Monaghan Harps GAA, written by his father Brendan Ó Dufaigh, will be launched, while an exhibition of football memorabilia associated with Ógie will be on display. 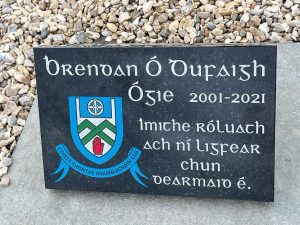 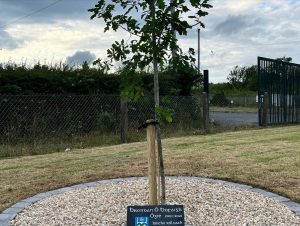 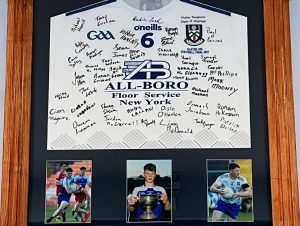 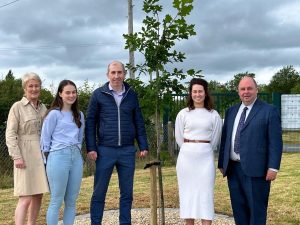 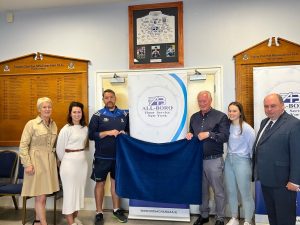 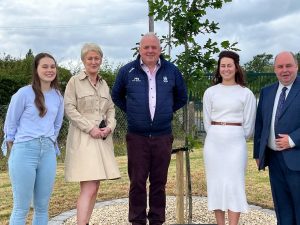