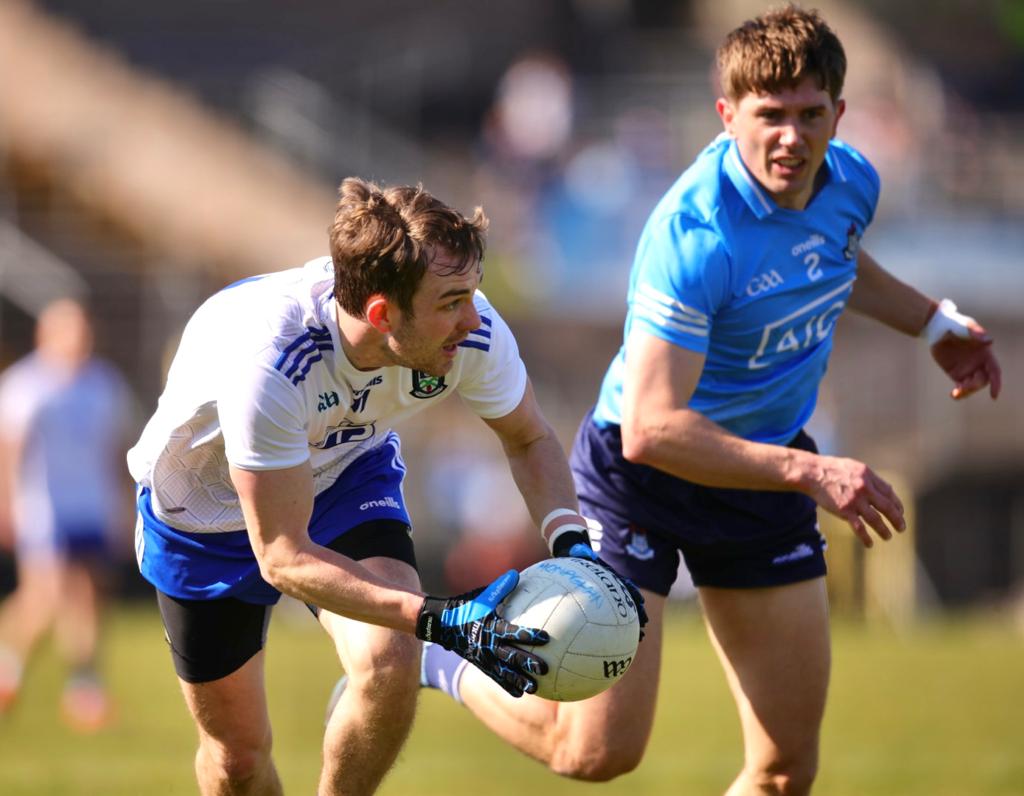 They say that lightning doesn’t strike twice, but for Jack McCarron, it did. A virtuoso performance against Dublin, 2-6 for the day, including that last gasp free, cemented Monaghan’s Division 1 status for a ninth successive season, a throwback to that memorable winning score against Galway at the same juncture last year.

Earlier in the game, the Currin man slotted home a crucial penalty to give Monaghan a seven point lead, 2-9 to 0-8 after 50 minutes.

However, it was his second goal that will have people talking. Having latched on to a long kick pass inside the Dublin full back line, McCarron was 1v1 with Dubs keeper Michael Shiels, and in an instant, he lobbed the bar over the keeper and into the net, in another throwback to a similar effort against Dublin in Croke Park four years ago. Again, lightning struck twice. That put Monaghan 3-10 to 0-13 up with 15 minutes to play.

Sean Jones also made his first senior start for Monaghan, and marked it with a low daisy cutter into the net after 10 minutes. He was substituted at half time for his cousin Andrew Woods, and it was he who won the last gasp free for Monaghan which was converted by McCarron. A good day for Inniskeen.

Dublin were menacing for all of this game. Despite the concession of the goals, they were always in this game, with Dean Rock top scoring with 1-9, including the goal from the penalty that brought Dublin level in injury time.

However, the day belonged to McCarron. He took Philly McMahon’s advice, and picked his moments when it mattered most!