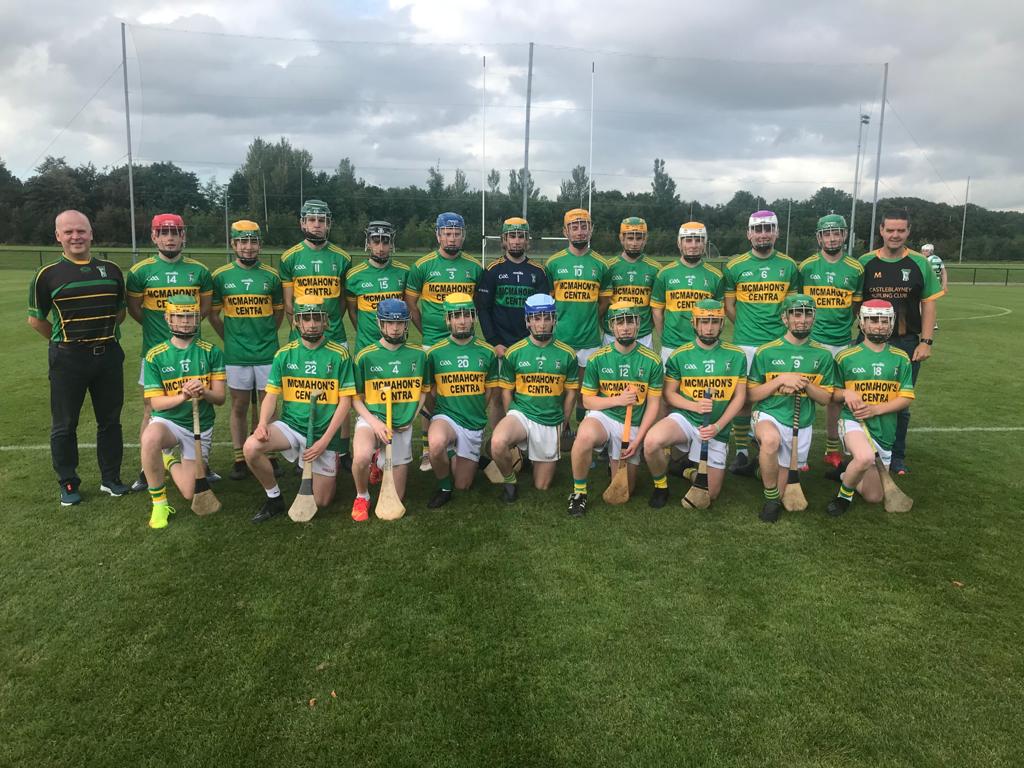 By Adrian Hession in Abbottstown (Dublin).

Saturday the 18th September 2021 was a momentous occasion in the history of the National Táin Óg hurling competitions, as for the first time since the Táin Ógs inception in 2017, the U17 age-group of the competition played out its first ever finals day. The competition has run at U13 and U15 levels in recent years, but the demand for growth up to U17 level was justified, as 14 club teams from across the developing hurling counties came together at 5 different venues, to play out their finals day.

To mark this special occasion – this final between Castleblayney (Monaghan) and St Fechins (Louth) – was held at the National GAA Games Development Centre in Abbottstown, where both sides got to experience all the thrills of coming to the capital for a national final. The event was also noteworthy for the attendance of our GAA President Larry McCarthy, who was on hand to lend his support to the occasion. 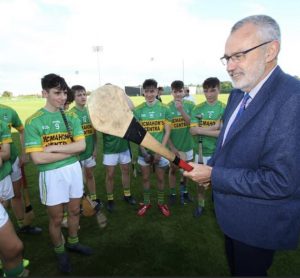 The Monaghan lads were first out of the blocks and led from the front from start to finish. Castleblayney captain and leader from the front, Thomas Hughes got his sides account opened early with a nicely taken brace of points, and he followed it up shortly afterwards in the 6th minute with a well worked goal from open play. St Fechins got their opening score shortly after as midfielder Shane Reilly converted a long range free to give his side hope. But the brilliant Hughes – along with ‘Blayney wing-forward Canice Murphy – kept the scoreboard ticking over with regular points, and when Nathan McArdle goaled for ‘Blayney in the 17th minute, the writing was on the wall for the Louth outfit. St Fechins replied with a further two points of their own before the break from Reilly again and Luke Matthews, but ‘Blayney held a convincing 2-10 to 0-3 lead at the interval.

The Farney men continued their advances at the start of the second half as Hughes, McCardle and full-forward Ultan McMahon all recorded green flags. In the spirit of the Táin however, Castlebayney withdrew most of their firepower to allow their replacements to experience the day, and this made for a more evenly spread of scoring over the final quarter of the game. With the extra ball coming into the St Fechins attack, the Louth lads showed their own scoring prowess and a nicely taken St Fechins goal by Luke Matthews drew the largest cheer of the day from the family members present. Further Fechins points from Mahon Ronan and James McGlew lifted their side, before ‘Blayney substitute Calum Campbell got on the scoresheet late-on with an astutely converted free.

While Thomas Hughes put in a Man of the Match performance on the day for ‘Blayney with his haul of 2-7, there were many fine performances from the St Fechins side also, where full-back Alex McLeer showed all the skills of the game under intense pressure throughout. St Fechins centre forward Mahon Ronan also impressed, and with some skill refinement, will be one to look out for in the Louth jersey in the future. 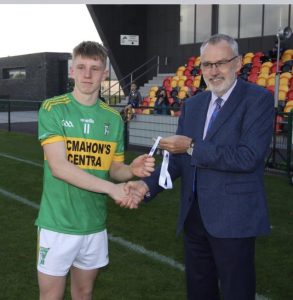 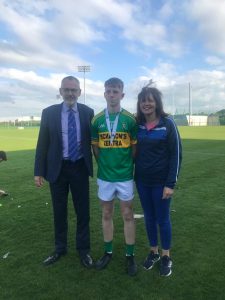 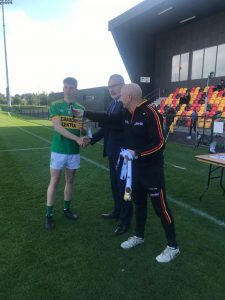 After the event, Táin Óg League Chairman Martin Fogarty spoke highly of all involved in making the league such a massive success in 2021. He also thanked the parents present for their ‘taxi service’ for the players around the country for these Táin Óg league games. GAA President Larry McCarthy – in his post match address – thanked especially the mentors who have coached and encouraged the players all through their careers, and encouraged the players from both sides to continue to play this game they love so much. Larry McCarthy then proceeded to present the winners and runners-up medals to the teams – a great show of support for the Táin Óg League and a proud day for supporters of the small ball game throughout the developing hurling counties. 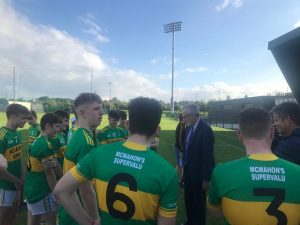 So where to from here for the lads who progress out of U17 level in 2022? Well plans are already in place to roll out an adult version in 2022 called the Cúchulainn Leagues. This Cúchulainn league will run on a similar line as the Táin Óg leagues – but for adult teams. Indeed the Cúchulainn Leagues were ready to start in 2020 and 2021, but due to Covid concerns and time constraints the competition has been kept under wraps for a full launch in 2022. Divisions and groupings will be done with teams of a similar standard and development levels, helping to provide more competitive games for clubs in counties with too few clubs to form competitive leagues of their own. 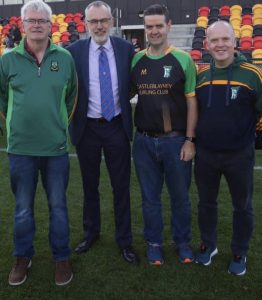 And with the displays on show from these young progressing Castleblayney and St Fechins players, it wont be long before we see them back again in a National final at adult level.