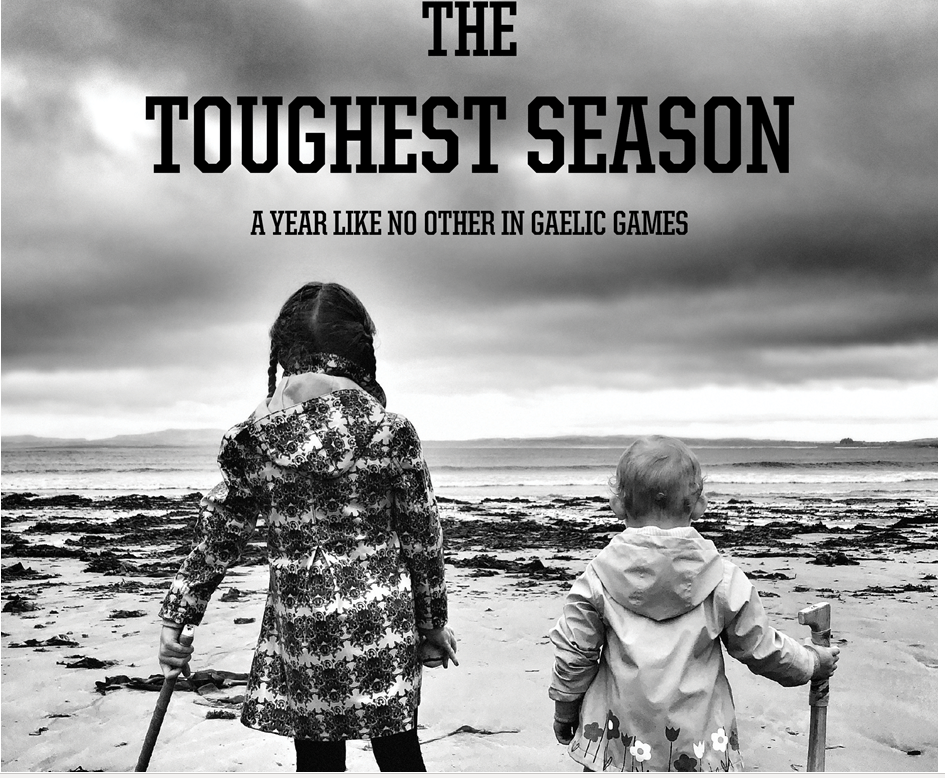 Proceeds from the sale of the book will go to AIB’s partner charities, Age NI, Alone, FoodCloud, Soar & Pieta

AIB launched alongside Glenbeigh/Glencar and former All-Ireland winning Kerry footballer Darran O’Sullivan and former Dublin footballer and current Tipperary selector Paddy Christie, The Toughest Season photobook, a pictorial account of how hurling, football and camogie communities came together to support one another throughout one of the toughest years in history.

Inspired by the strength of spirit within Gaelic Games communities, AIB has partnered with Sportsfile, the GAA and the Camogie Association, to publish The Toughest Season, which captures in 120 images the resilience of clubs, fans, and communities before, during and after the COVID 19 lockdown. All proceeds from the sale of the book will be donated to the AIB Together Fund supporting Age NI, Alone, FoodCloud, Soar and Pieta House.

Featuring in The Toughest Season is a photo of Seán Mac Diarmada GAA submitted by Adrian Forde. The picture included features Seán Mac Diarmada U13 Captain Patrick Keenan being helped by a teammate to collect the cup after being injured in their win over Iniskeen in the Under 13 Division 3 final. Sean McCaffrey of Rockcorry GAA also has an image included in the book which features young and old members of the Rockcorry club working on the surface of the club grounds, ensuring a field of dreams for future generations. McCaffrey himself features in an image submitted by Monopix’s photographer Séamus McQuillan showing the Northern Sound Sports commentator working from the boot of his car during the Latton v Carrickmacross Senior Football Championship encounter during the summer.

2020 saw club gates close and games cease yet club chairpersons, players and volunteers were never busier. The tougher the year was, the stronger we became. In the first few weeks of the first lockdown, 9,000 GAA club members provided support for almost 35,000 people. It is this spirit that AIB has been proud to champion through three decades of sponsoring the AIB GAA Club Championships across football, hurling and camogie.

Earlier this Autumn, AIB called on those across the country to take part by submitting their own images that depict their experience of ‘The Toughest Season’. Along with Sportsfile imagery, the book is comprised of photographs from individuals across Ireland who have visually shared their own stories.

AIB CEO, Colin Hunt, said: “The Toughest Season is a vivid celebration of all that is great about Gaelic Games and the communities in which they live and thrive. This book captures not just remarkable athletic skills in adverse conditions but also how GAA clubs reacted during the pandemic to support those in need in their communities.’’

“You will see in this book the emotion generated within communities by on-field victory and defeat. But, off the pitch, you will also see club members getting together to ensure meals were delivered to homes during lockdown. This community spirit and resilience is the embodiment of the GAA and what makes it such an immense organisation by any standards”, he added.

AIB is delighted to partner with the GAA, the Camogie Association, Sportsfile and communities nationwide to tell this story of a season unlike any other, and when we needed each other more than ever, as a Gaelic Games community we rallied like never before.”

The powerful Irish proverb, Ar scáth a chéile a mhaireann na daoine – people live in the shelter of others – expresses the spirit of this collective response to the pandemic and the foundation that Gaelic Games provides in community sustainability across the island of Ireland.

In addition to supporting hurling, football and camogie at club level, AIB is one of the main sponsors of the Senior Football Championship, with the semi-finals taking place on December 5th and 6th and the All-Ireland Final on December 19th.

The book can be bought at all good bookstores and online at https://www.sportsfile.com/id/TheToughestSeason/