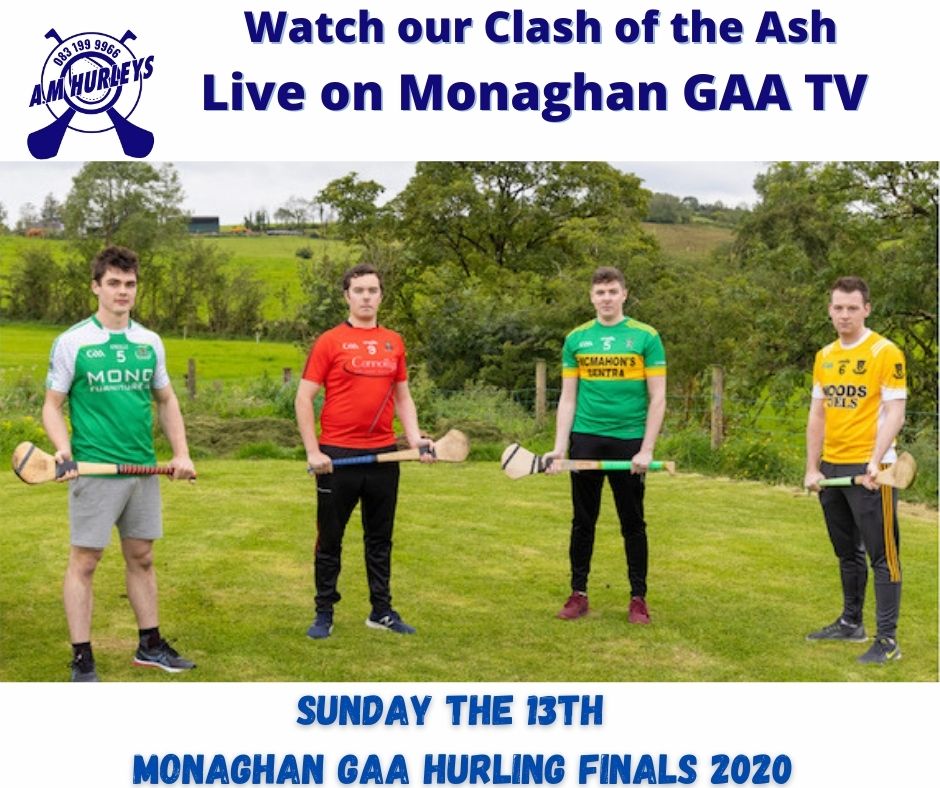 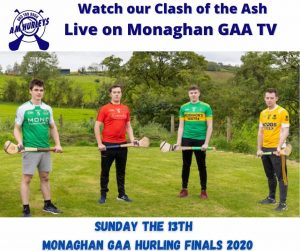 The AM Hurleys Senior and Junior Hurling Championship Finals take centre stage  in Clones this Sunday.

The SHC decider features a repeat of last year’s pairing, with Castleblayney once again putting their title on the line against an improving Truagh side. It’s a second consecutive county final appearance for Truagh, who put it up to Blayney for much of the 2019 game in front of a bumper crowd, only for Fergal Rafter and Mark Treanor to hit 1-14 between them and fire the favourites to a third consecutive championship.

Blayney had, of course, contested the All-Ireland Club JHC Final earlier that year, where they lost narrowly to Kilkenny side Dunnamaggin, underlining the pedigree of the three-time Ulster junior champions. Blayney they averaged 29 points per game when breezing into another final by winning all three group games. That run included a comfortable defeat of Truagh, who put that opening-round result behind them to run out convincing winners against both Carrickmacross and Inniskeen.

Truagh, who have lost Éamon Sheehan from last year, should be led by the likes of Pearse McKenna, Matthew Flood and Aidan Coyle, while Rafter, Peter and Mark Treanor and Brian McGuigan help to backbone a hugely experienced Blayney side.

The JHC title is up for grabs in the curtain-raiser between Clontibret and Monaghan Harps. These teams ended up in the JHC group after contrasting preliminary-round defeats, where Clontibret were no match for Inniskeen, while the Harps had a win over Carrickmacross in their sights, only to be denied in the final play of extra-time. The Harps were then in prolific form through the round-robin series, topping the table ahead of Clontibret, who also saw off Latton and Castleblayney’s second string to book their place in the final.

Conor Flynn, Aidan Burns, Brendan McQuaid and Cathal Power should be to the fore for the Harps, with Shane McNally, Cormac Connolly and Ned McCann key to Clontibret’s chances.

Live streams can be purchased via the following link: https://monaghan-gaa.cleeng.com/monaghan-hurling-finals-2020/E669246290_IE