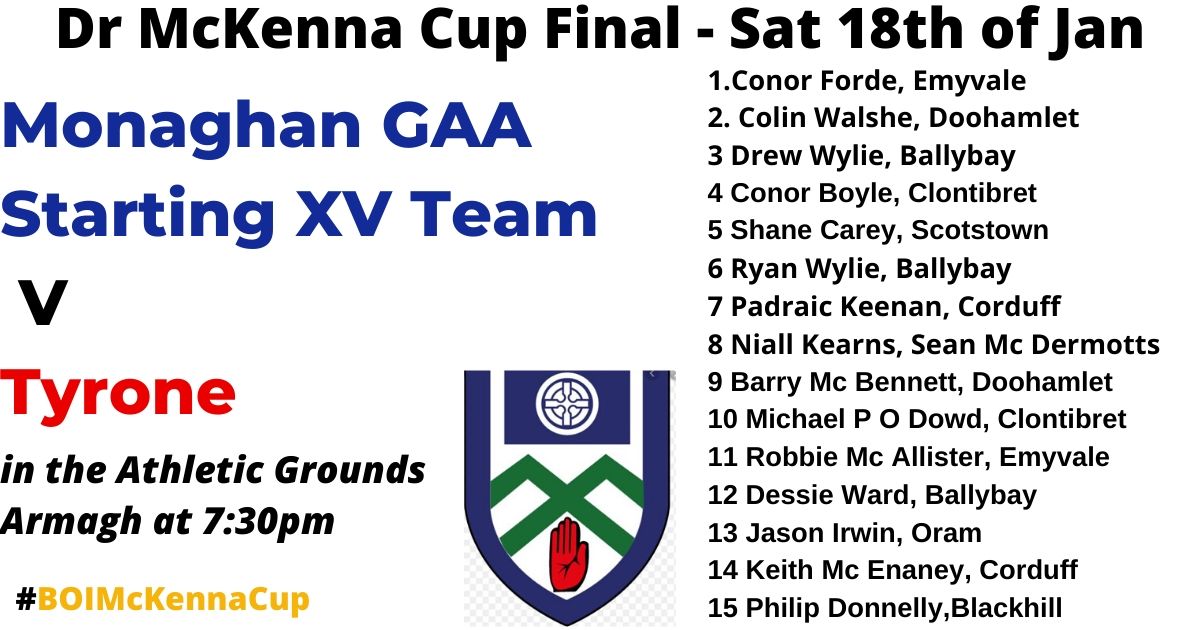 Monaghan will face Tyrone in the Final of the #BOIMcKennaCup2020 on Saturday the 18th of January at 7:30pm in the Athletic Grounds, Armagh. Monaghan’s starting team has been announced as below.  Tickets are on sale  By Clicking Here