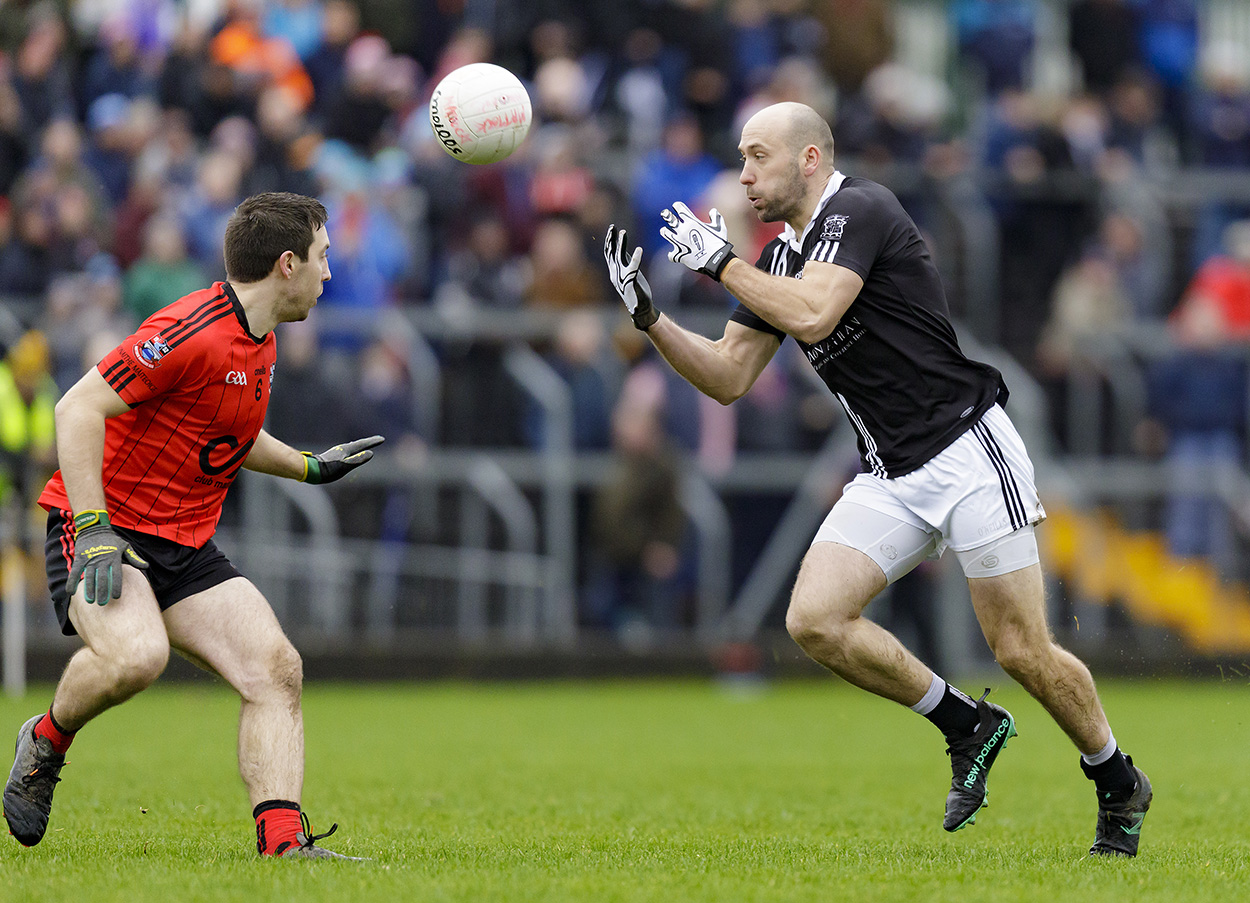 Magheracloone who turned adversity into advantage last year continued their good run of form to book their place in the All Ireland intermediate club championship final at the expense of Mattock Rangers of Louth in this cracking contest that was played in greasy conditions in Crossmaglen on Saturday afternoon.

At the end of a closely contested first half during which the sides were level three times and the lead changed twice, Mattock Rangers taking the lead for the first time in the 16th minute,  they went in level at the break at 0-7 apiece, Tommy Freeman equalising for the ulstwer champions going into stoppage time.

On the resumption Mattock Rangers took an early lead with a goal by Niall McKeown after just ninety seconds to go three up but Magheracloone pulled back two quick fire points to reduce it to the minimum after four minutes. Mattock rangers then went two up but the Mitchells came roaring back to turn the remainder of the second half into a veritable exhibition match as they outscored the opposition by 0-15 to nil from the 5th minute on to win it by thirteen at the finish.

Image thanks to Fintan McTiernan

Blackhill missed out on an All-Ireland Club JFC Final place by the narrowest of margins when they were pipped by Wexford’s Rathgarogue-Cushinstown in wet and windy conditions in Newbridge. Ulster JFC winners Blackhill were left to rue a raft of scoring chances going abegging as an improved second-half performance by Cushinstown saw them become the first Wexford football club to qualify for an All-Ireland decider.

A combination of less than clinical finishing and some last-ditch saves and blocks by their opponents stopped Blackhill from racking up a succession of goals and kept this contest tight, which allowed a resilient Cushinstown side (who hit just two wides, one in either half) to edge through. The likes of Philip Donnelly and Dónal, Ryan and Thomas Courtney helped keep Blackhill chasing to the end, but their nine-game championship saga came to an end.