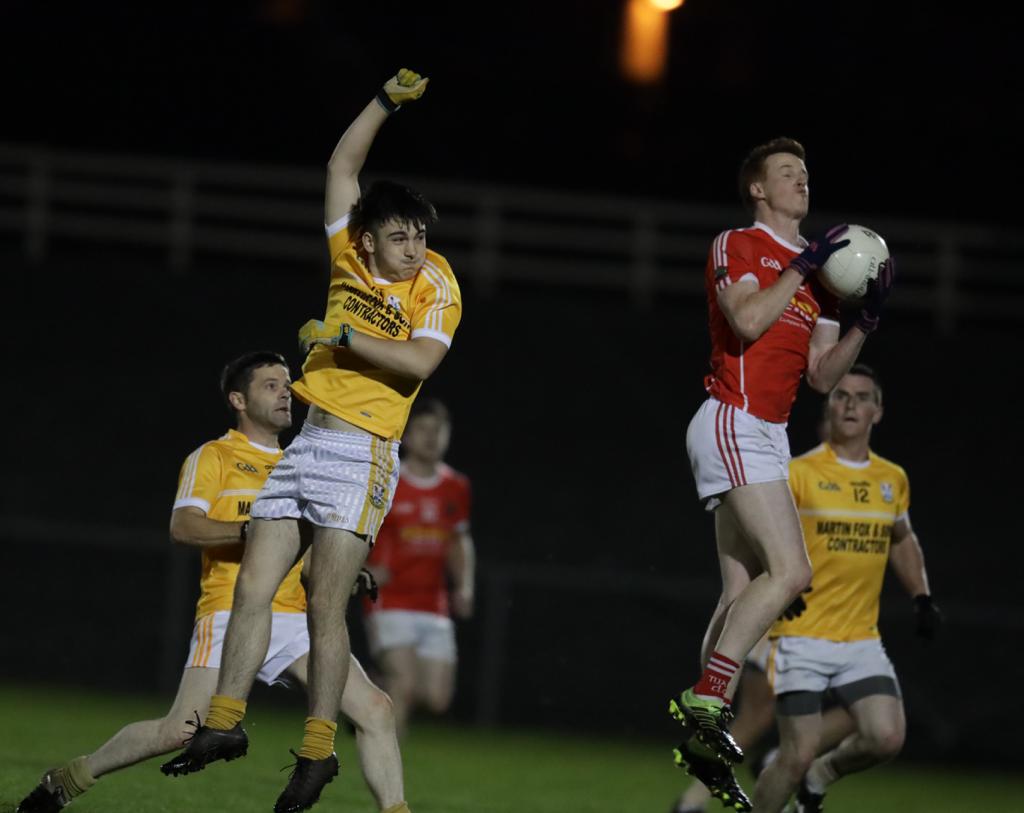 Toome kept their championship hopes alive with this narrow victory but they were pushed all the way by a battling Oram side in this entertaining if never spectacular contest that was played in somewhat greasy conditions in Castleblayney on Friday evening last.

Toome started the better and led by five points after just six minutes but a goal by top scorer on the night Pauric Graham, who finished with 2-5, 1-5 from placed balls, kick started Oram and they were just two points adrift at half time.

At the end of a nip and tuck third quarter during which both sides were guilty of a series of errors and not all due to the prevailing conditions, Toome led by three points and then struck for a second goal to go six in front but it was a cushion they needed as Oram battled back with a goal from a penalty by Pauric Graham bringing the margin down to two points but that was as good as it got as Toome saw the game out with some good defending and two late points on counter attacks to leave three in it at the finish.