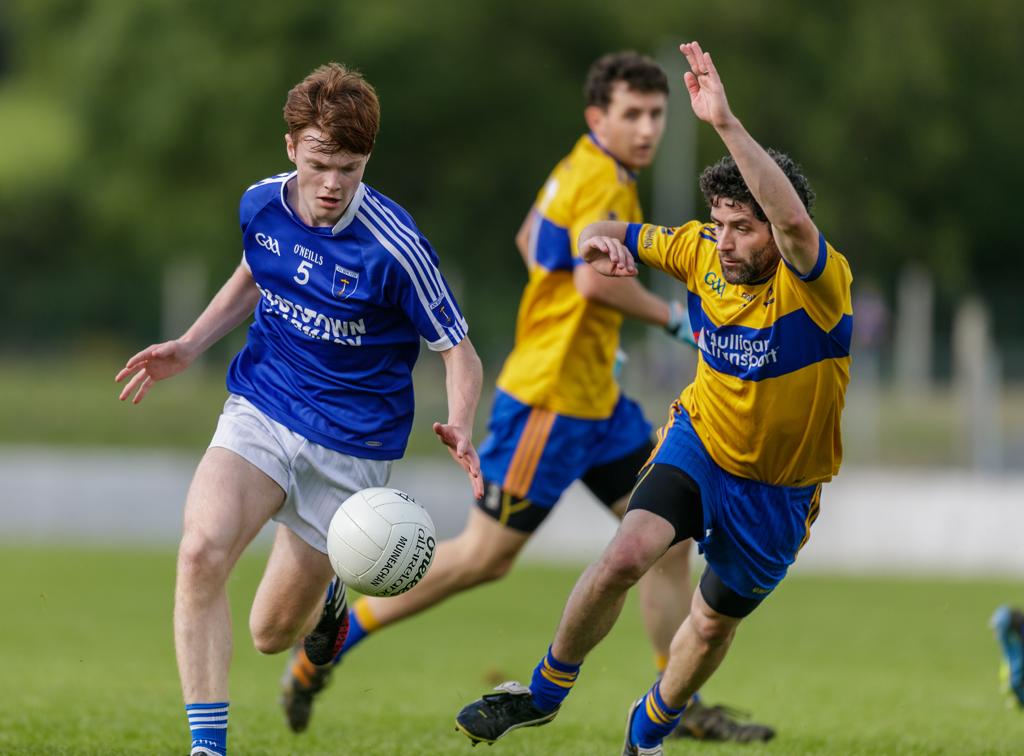 Drumhowan kept up their winning sequence in this year’s championship with this narrow victory over Scotstown, but it was late in the day when they squeezed past the winning post with a point by Kevin Mooney three minutes into stoppage time at the end of this absorbing contest that was in the balance right through, and particularly in the closing stages. In any analysis. Scotstown will be left to rue a number of missed chances, particularly in the early stages and also the fact that the woodwork intervened to deny them a goal and a point in the opening minutes of the second-half but that said, they were very meaningfully in this contest throughout with Ruairi Sheehan and Matthew Maguire in particular, carrying the fight to Drumhowan all the way. Drumhowan made the better start and definitely shaded the first half exchanges to go on to lead by three points at the break but scores were at a premium in the third quarter with just one point apiece registered to leave three between them entering the final ten minutes. Drumhowan opened a four points lead but then had to withstand a Scotstown onslaught that saw them hit four points without reply between the twenty-fifth and thirty-first minutes to level the match and extra time looking a distinct possibility. However, Drumhowan, driven on by David Millar in particular had one last throw of the dice and when Scotstown lost possession Kevin Mooney was there to punish severely to hit the winner.