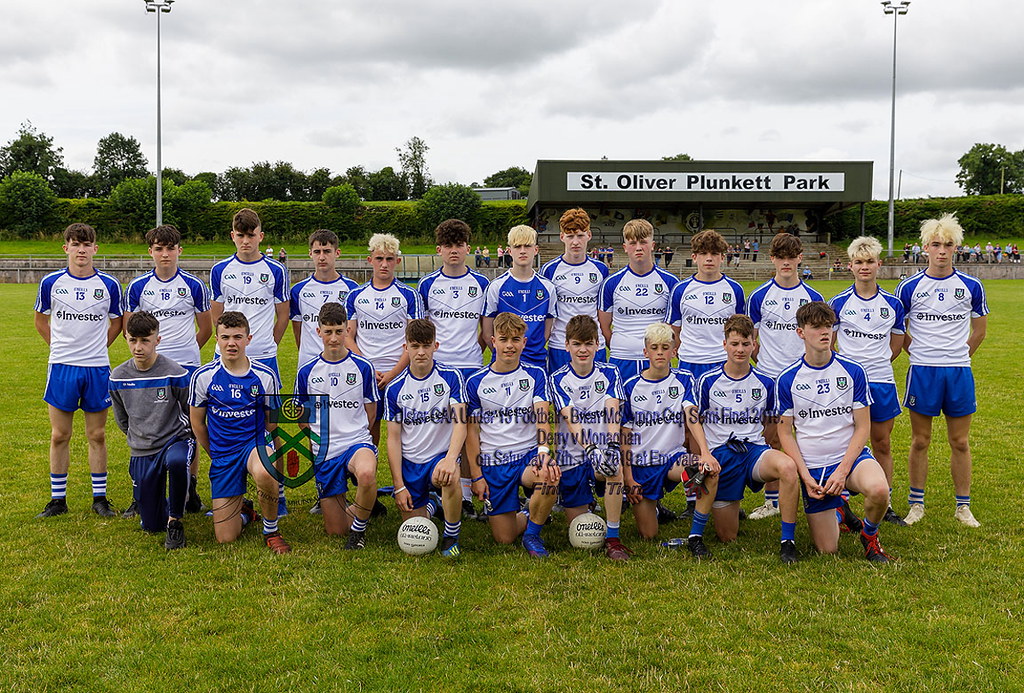 Monaghan U15 Development Squad have reached the final of the National U15 Brian Mc Lernon Cup.

Monaghan entered 2 teams in this years National U15 Brian McLernon Cup. All counties are encouraged to split their squads into A and B teams.  Both Monaghan teams were drawn in a group alongside Dublin, Down and Sligo.

Monaghan played Dublin away in the first game and were convincing winners in the A game while Dublin proved too strong for our B team.

Next up Monaghan had another away game to Down. Both games were very close with Monaghan ending up winners in both games. The B team made a great comeback in their game, coming from 10 points down.

The final games in the group was at home to Sligo. These games were played in Entekra Monaghan County Training Grounds, Cloghan. Monaghan won both games which meant the A team finished top of their group and the B team finished second in their group. Both teams were drawn against Derry in the semi finals.

The semi finals were played in Emyvale last Saturday the 27th July. The A semi final took place first. Derry got off to a great start scoring a goal after 2 minutes and were on top in the early stages but Monaghan gradually got a grip on the game to lead by 1 point at half time. Monaghan played some very good football in the second half and ended up winning by 4 points on a scoreline of Monaghan 1-17 to Derry 2-10.

The B semi final took place straight after the A semi final.  Again like the first game, Derry got off to a great start in this game scoring 2 early goals. Monaghan again fought their way back into the game and got within 2 points of Derry at half time. Monaghan battled hard in the second half and had the game back to a point but unfortunately conceded 2 goals to put some daylight between themselves and Derry, who ran out winners on a scoreline of Derry 5-7 to Monaghan 2-13.

Monaghan will now meet Tyrone in the final of the Brian Mc Lernon Cup on Saturday 17th August in Derrylaughrin Co Tyrone.

Monaghan U15 Development Squad Panel is as follows:

Please see link for a selection of photographs from the day.