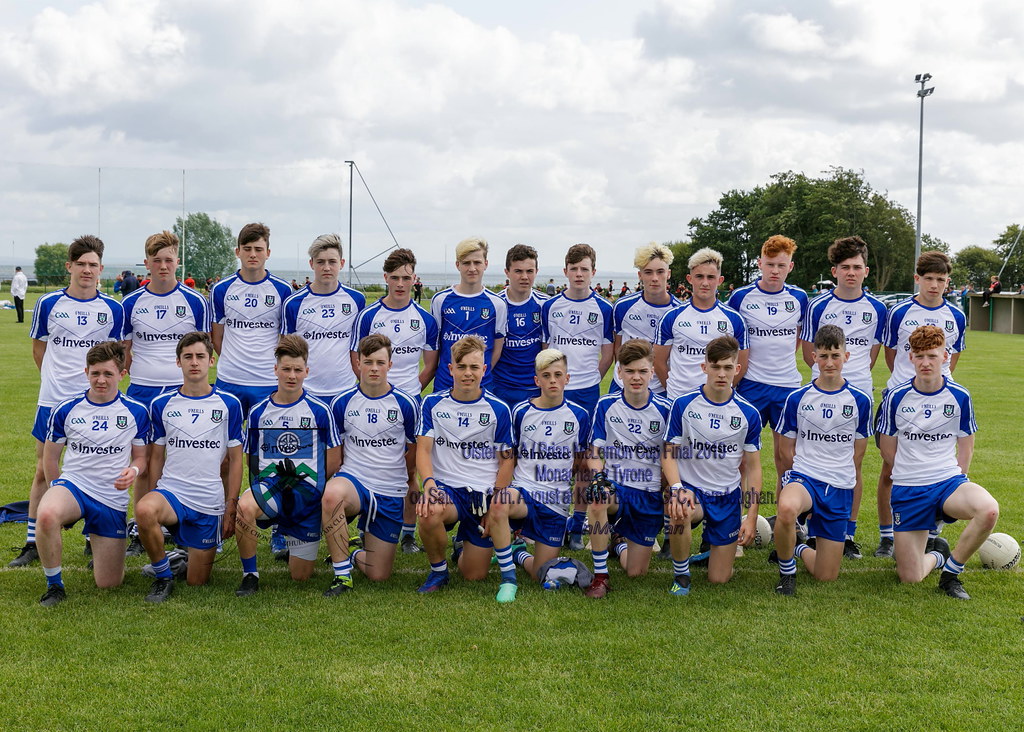 Monaghan U15 Development Squad lost out to a strong Tyrone team in the Brian Mc Lernon final last Saturday in Derrylaughan.

Played in very windy conditions but on a perfect pitch, Monaghan had the advantage of the wind in the first half. The game was score for score for the first 20 minutes with Monaghan taking the lead coming close to half time and went in 2 points up 0-7 to 0-5.

Monaghan started the 2nd half well creating 3 good scoring chances but unfortunately unable to convert any of them. Tyrone rallied at this stage and took the lead after a somewhat dubious penalty which was converted. Tyrone kicked on with further points but Monaghan never gave up and were unlucky that they did not get a goal back. Tyrone held on to win by 1-12 to 0-10.

Thanks to the players and management for their commitment throughout the year, also to all of the parents and supporters who traveled to the final.

Monaghan U15 Development Squad Panel is as follows:

Please see link for a selection of photographs from the day.

Our U14’s Development Squad competed very well in a regional blitz which was held in Garvaghy on Saturday 17th of August. Two teams played teams from Armagh and Tyrone in what were very competitive and entertaining matches. The U14 squad are due to play Cavan in 2 challenge matches this coming Saturday 24th of August in Breffini Park. More trials for the U14 Development Squad will be held in early September. Please keep an eye on the website for more details about the upcoming trials.

Please see below photos of both squad who took part in the blitz last weekend in Garvaghy. Our U16 Development Squad are steadily progressing on with their Athletic Development programme every Saturday in the Entekra Centre of Excellence.