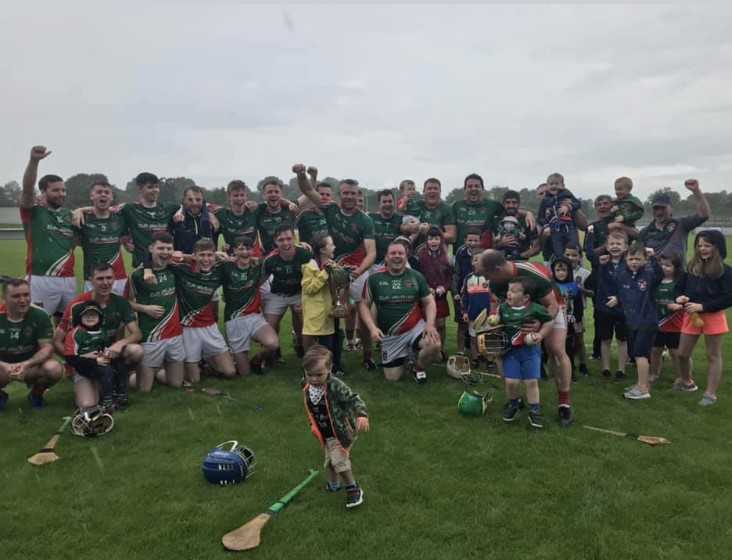 Two points in the third minute of stoppage time saw Inniskeen come back from being a point in arrears to snatching victory by the narrowest of margins in the senior hurling shield final that was played in greasy conditions in Clontibret on Monday afternoon last. This was a contest that really only caught fire for a time in the latter stages as earlier on the fare on offer was far from heart stopping as a younger, sharper. Carrickmacross looked to have the edge and the credentials to progress, but a more experienced Inniskeen always kept in touch. Carrickmacross led at half-time by 1-5 to 1-4 with the best Inniskeen could manage in that first half being level twice. Inniskeen took the lead for the first time in the ninth minute of the second-half and it was a fairly nip and tuck affair from there to the finish, with the teams exchanging scores regularly and goals playing a vital part. Carrickmacross looked to have done enough, leading by a point a minute into stoppage time, but Inniskeen struck late to snatch a valuable victory.