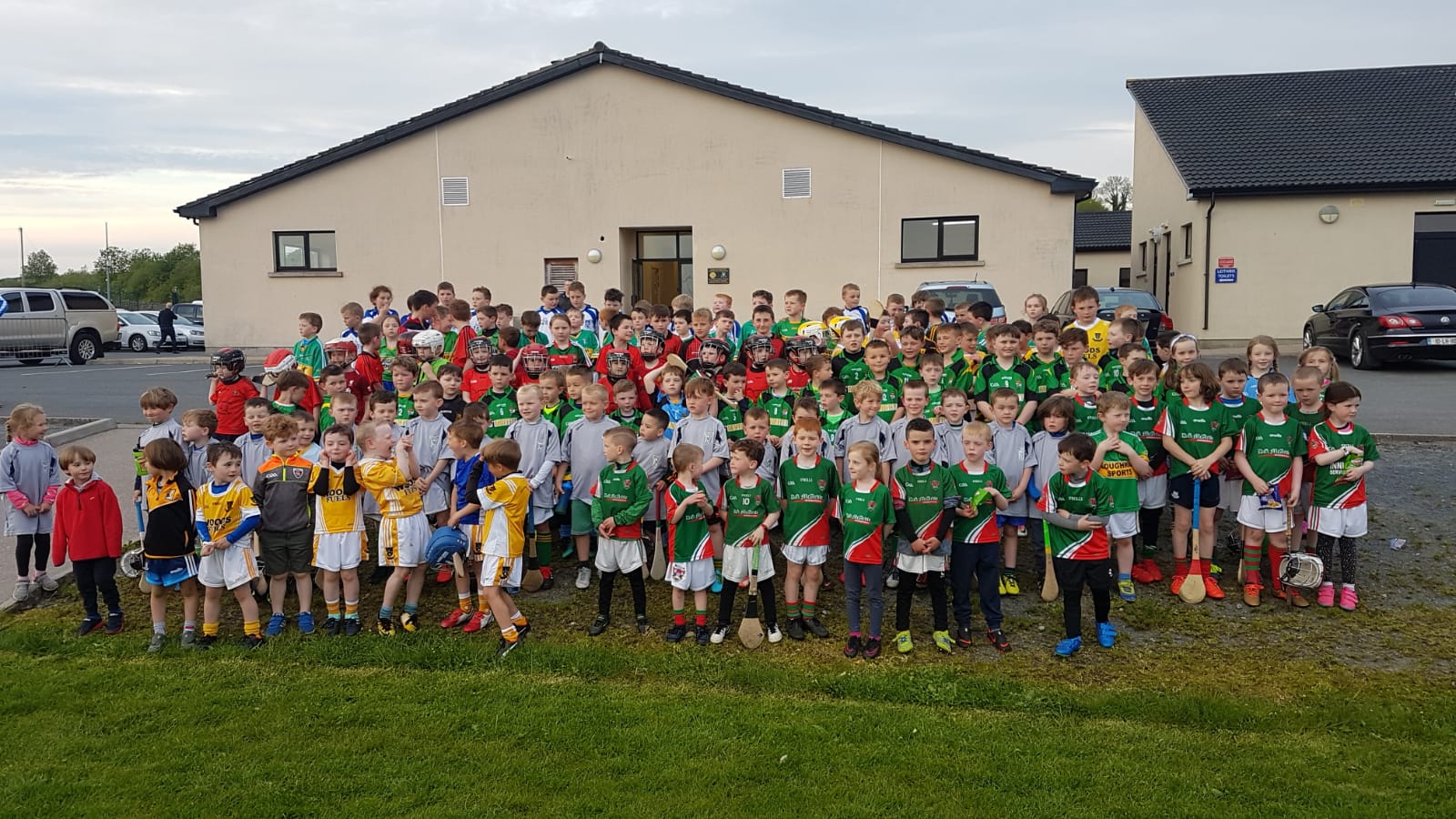 Monaghan Coaching & Games organised an U11 Hurling Development League for all hurling clubs in Monaghan. The clubs who took part in the development league were Castleblayney (2 teams) , Latton, Inniskeen, Truagh, Clontibret & Carrick. The league started on April 28th and carried on right through until August 11th with the finals day which took place last Sunday August 25th. Games were played either home or away with every club playing each other. The finals day pairings where taken from the league table position at the end of the 7 rounds.

On Sunday August 25th, 4 finals took place in Cloghan for the U11 Hurling Development League Finals Day. The pairings seen Castleblayney 1 vs Carrickmacross, Clontibret vs Castleblayney 2, Latton vs Truagh and Inniskeen vs Latton 2.

All games were well contested throughout with some brilliant skills on show from the young kids.The focus of this development league was on participation, skill development and fun hence the reason for some of the rules that were introduced. The games were 11 a side, with goals and points worth 1 point. The games where broke into 3 12 minute periods.

Massive thanks to all the coaches for all their co-operation throughout the season in making sure fixtures went ahead on date fixed and their communication with Hurling Officer Aidan Morgan & Monaghan Coaching & Games staff.

Huge thanks to Monaghan County Hurlers Peter Treanor and Fergal Rafter for handing out the medals at the finals day. Monaghan Coaching & Games organised 5 U7 and U9 Go Games blitzes throughout the summer for all the hurling clubs in Monaghan. The clubs who participated in these blitzes were Castleblayney, Clontibret, Carrick, Truagh, Latton & Inniskeen. Each club was well represented at each blitz and there was great crowds in Cloghan to watch the kids show off their skills.

Massive thanks to all the players and mentors for their support in takingpart in the Go Games and to all the coaches who refereed games and co-operated very well with Hurling officer Aidan Morgan & Monaghan Coaching & Games staff.