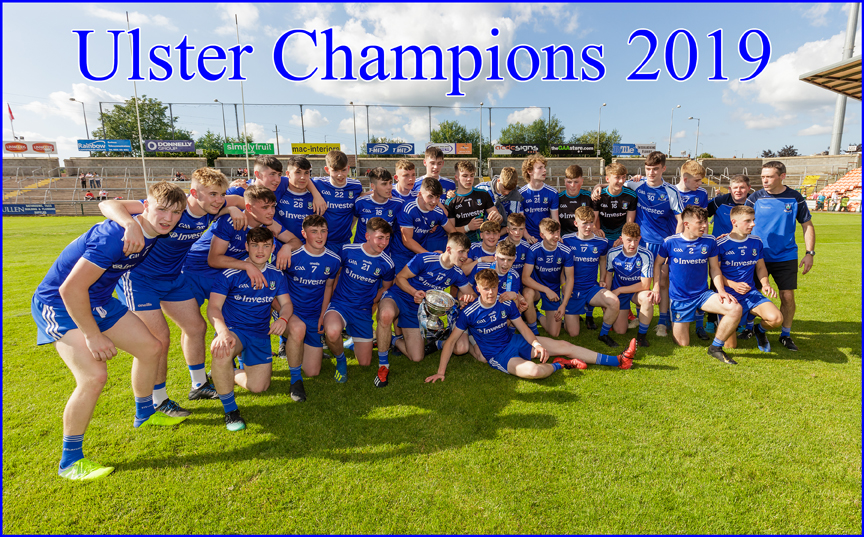 Monaghan retained the Ulster MFC title after edging a thrilling final against Tyrone in Armagh on Sunday.

The first half was end-to-end throughout, with Tyrone hitting three of the first four scores, only for Monaghan to hit the front via five unanswered points, with Darragh Dempsey, Jason Irwin and Eoin Duffy among the scorers. Monaghan had seven players on the mark in the opening half and Man of the Match Karl Gallagher added his name to that list soon after the restart.

Monaghan had been 0-9 to 0-7 up at half-time, but just seconds after the throw-in, Tyrone midfielder Michael McGleenan burst through to fire home the opening goal. Michael Hamill found the net for Monaghan on 42 minutes and although scores were hard earned during the final quarter, with Mark Counihan’s side racking up several wides, they did enough, with a brace from Dempsey guiding them over the line.

Having retained this title for the first time since 1940, Monaghan progress to an All-Ireland MFC quarter-final against Cork in a fortnight’s time.