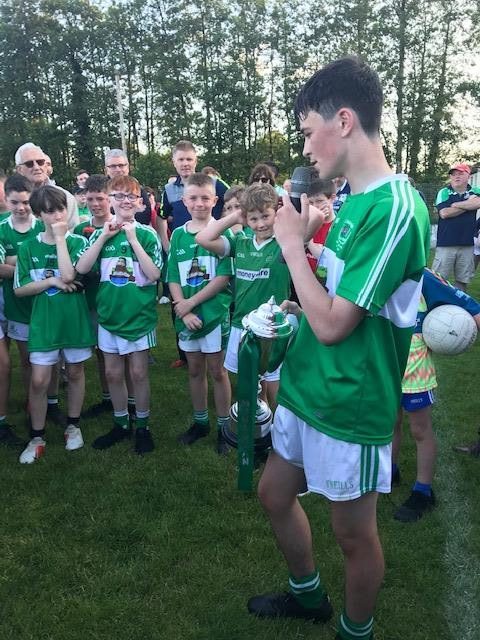 There was a high standard on show in Tyholland last Saturday evening, culminating in a thrilling and well-attended U-13 Division One decider between Monaghan Harps and Scotstown.

The first half of this cracking final ebbed and flowed, with Jack Lynch netting a hat-trick for the Harps, only for goals by Seán Óg McElwaine, Cathal McElwaine and Darragh McMeel to see Scotstown lead by 3-4 to 3-3 at the break. Seán Óg McElwaine’s second goal kept Scotstown ahead early in the second half, but a string of scores from influential Harps duo Lynch and John McCrystal saw the holders hit the last 1-5 to win by 4-13 to 4-7 and retain the Coyle Cup.