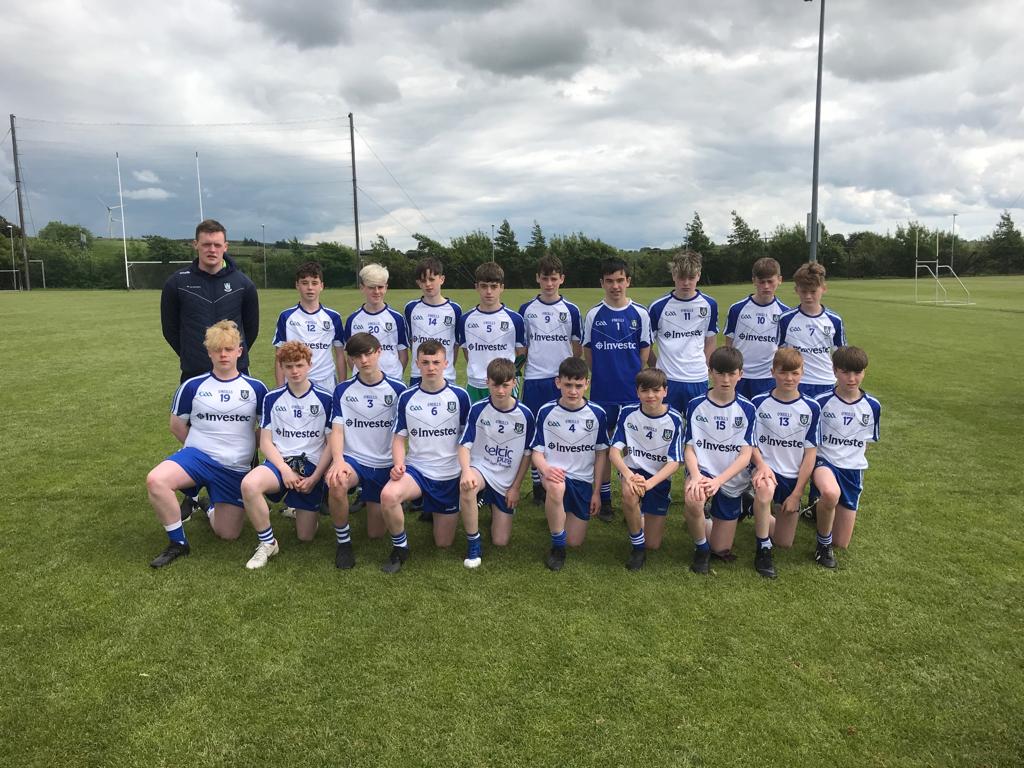 Monaghan entered two teams to facilitate the whole panel and maximise playing time for all players. Both teams were balanced and each team played two separate games and then combined to play one final game. On Saturday both teams played a Donegal and Down selection in which they competed very well and played some excellent football throughout. The final game meant that both the Monaghan teams combined to play another Donegal selection. Every player got plenty of game time throughout the day and thoroughly enjoyed the experience.

Training continues for the U14 Development Squad on Saturday morning’s for June and July with a challenge match penciled in for the end of July.

See below photo’s of both teams and clubs that they represent.