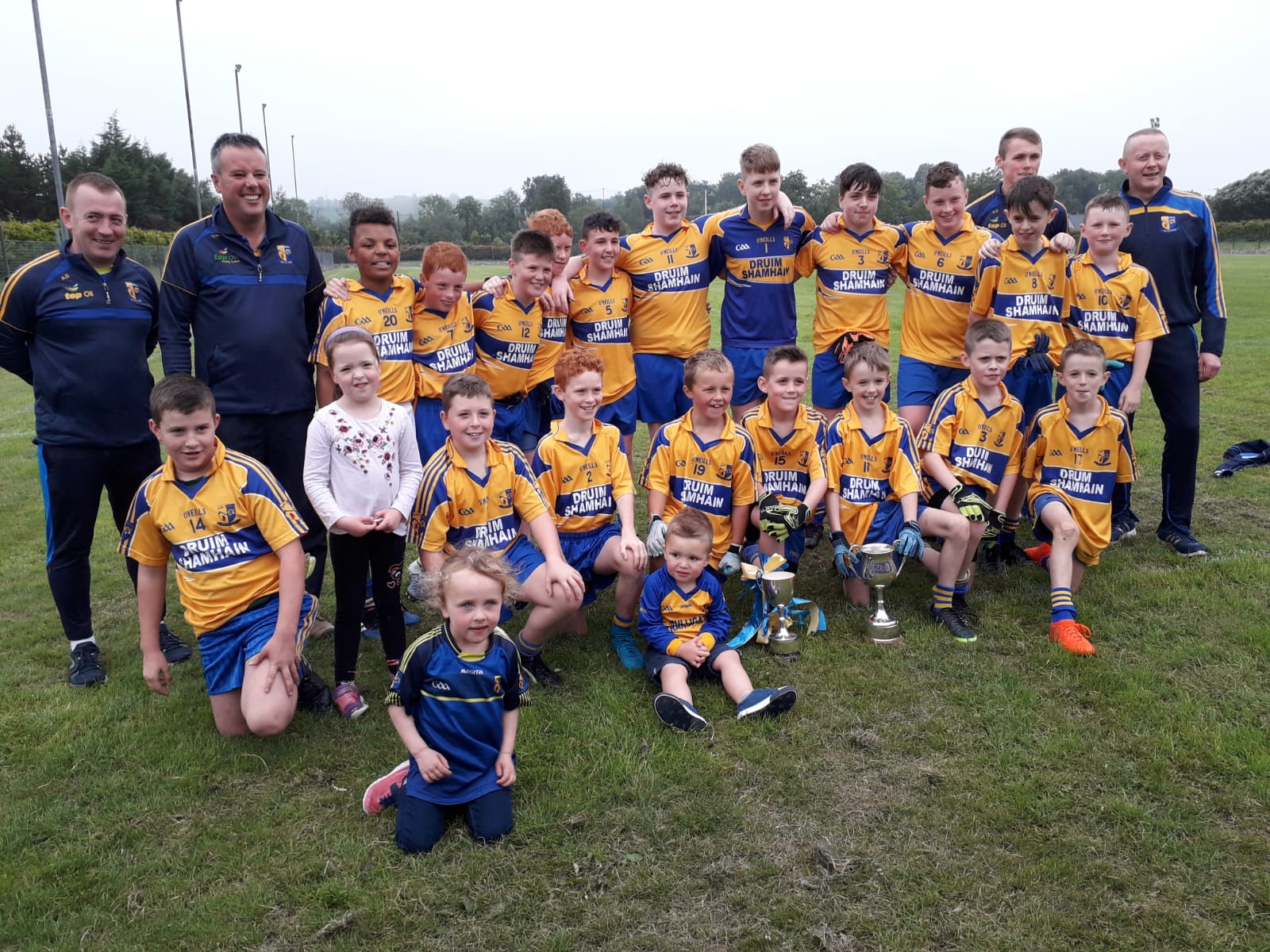 Connacht GAA is ready to extend a Céad Mile Fáilte to over 50,000 Gaels who will arrive in Galway, Mayo, Sligo, Leitrim and Roscommon this weeked from Friday 28th – Sunday 30th June for the fantastic festival of football known as Féile Peile Na nÓg. A warm welcome will be extended to all Gaels especially the participants taking part, their memtors, parents and supporters.

Féile , a special event in the annual GAA family of competitions brings out the best in communities and families that make the GAA what it is. It continues the time honoured tradition of visiting teams staying with host families which is key to the success of the competition with friendships established and memories made.

A core aim of Féile is to promote a philosophy whereby every player has the opportunity to participate and play in their respective Feile tournament at a level commensurate to their age,skills and strengths while the ethos is that relationships are developed between host and visiting clubs ,communities bond and  friendships are forged while enabling social and personal development . Carrick Emmets are no strangers to Féile as it’s their 3rd year in a row, last year in Co Meath and  they hosted Castlebar in 2017. Their host club this year is  Kiltimagh, Mayo.  Other teams in their group are Kiltimagh, Aghamore Mayo and Lilliput Gaels Westmeath. Mentors are Leo Carolan and Shane Donoghue. This is a historic first on the double for Carrick Ladies , first time ever to win the Division 1 Championship and first time ever to go to Féile. Their host club is Knockmore, Mayo . The other teams in their group are Knockmore, Achill Mayo and Dungloe Donegal. Mentors are Audrey O’Reilly, Catherine Donoghue, Fr Sean Mulligan and Mary Foy. This is also a historic first as Corduff Ladies team is the first Corduff team to ever qualify for Féile. They hosted the Balyna club in 2017. Their host club is Kiltimagh, Mayo. Other teams in their group are Kiltimagh, Blessington Wicklow and Galbally Tyrone. Mentors are Laura McEnaney, Fiona Patton and Kate Brennan. The Drumhowan GAA club has also created history as this is the first time for the club to qualify for Féile.They hosted Dunboyne in 2017.  Their host club is Northern Gaels, Glenamaddy, Galway. Other teams in their group are Northern Gaels, Milltown Galway and Castlemaine Kerry. Mentors are Dónal McAdam,Aidan Doherty,Brendan Treanor,Cormac Duffy and Jason McEntee Last but by no means least, the sixth team heading to Féile is St. Brigid’s which has players from both the Drumhowan and Ballybay Pearse Brothers clubs.  Like Carrickmacross it’s a big occasion for the Drumhowan club with both boys and girls participating. Their host club is Padraic Pearses, Roscommon. Other teams in their group are Padraic Pearse’s, Wolfe Tones Derrynacash Armagh and Clann na nGael Roscommon. Mentors are Angela Rutledge,Siobhan Lennon,Jason McAndrew and Brian Carroll.

A fantastic weekend is in store for everyone and Monaghan GAA extends good luck to everyone involved .