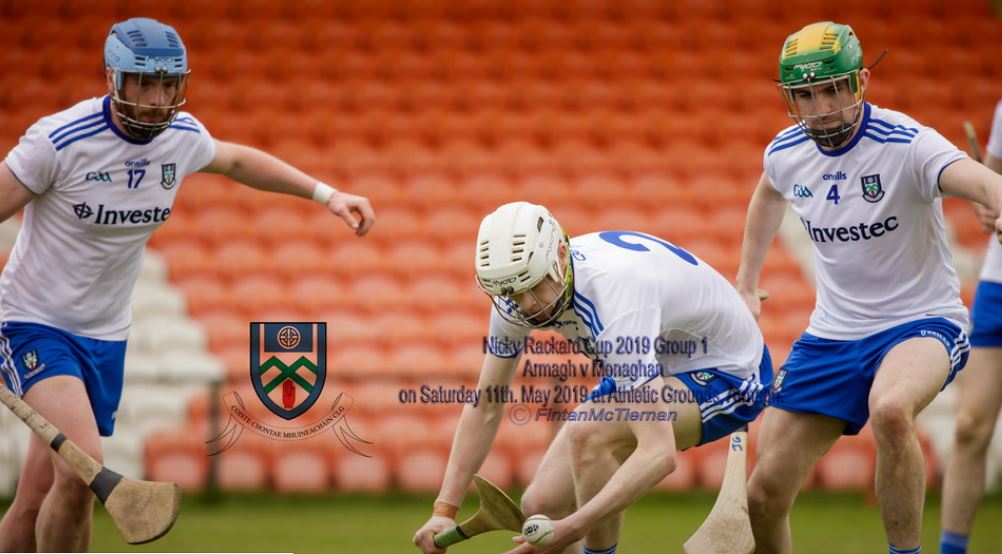 Missed chances and a series of errors cost Monaghan dearly as Armagh staged a strong finish to get their Nicky Rackard Cup campaign off to a winning start but they were pushed all the way by a resilient Monaghan, who will feel hard done by that they did not take something out of this match. The sides were deadlocked at 0-12 to 1-9 at half-time, the Monaghan goal by Tadhg Campbell in the sixth minute and the sides were level seven times times during that opening period. Monaghan started the second-half well and opened a three points lead by the eighth minute, but then conceded an unnecessary goal to hand the initiative back to the home side. In a tit-for-tat second half a goal from a penalty restored Monaghan to the lead in the fifteenth minute, but Armagh were then awarded a penalty in the twenty-first minute, that saw them take a three points lead. With ten minutes remaining they had opened a six points lead and held out in a hectic finish, to clinch victory by six points, although in truth they were not a six points better team on the day.