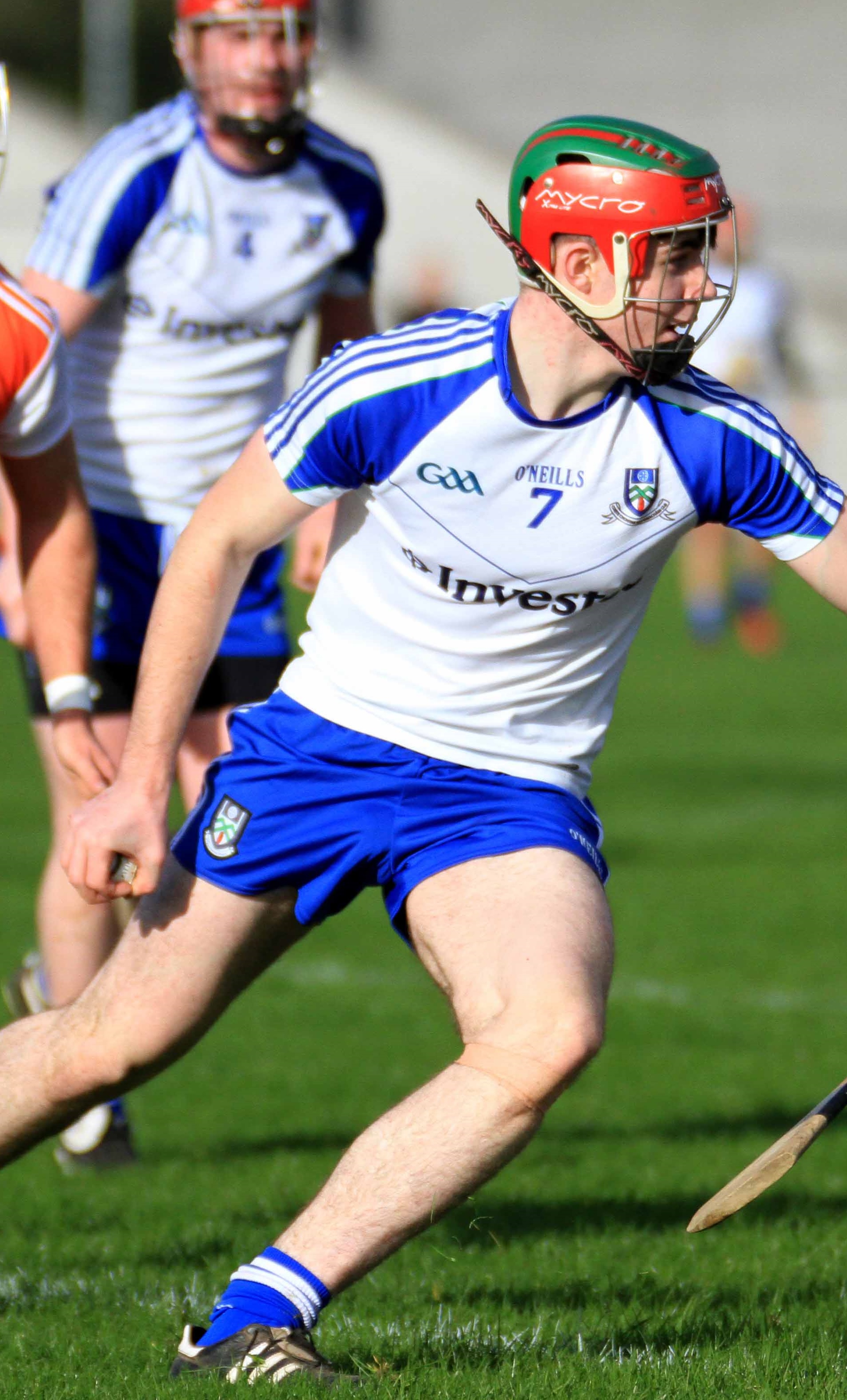 Monaghan finished their division 3A campaign with victory over Louth to record their third win on the bounce, but it was a close call as it was in stoppage time at the end of the game in which Louth had led for the greater part that Monaghan snatched the narrowest of victories. Conditions on the day were difficult with heavy rain falling throughout and Darver proving itself to be somewhat inhospitable with no cover for substitutes, the fourth official, the paying public or the media, and the prevailing weather also made life extremely difficult for both sets of players. To be fair to Louth they adapted that much better to those conditions as they chased and harried, blocked and tackled, giving Monaghan little time or space on the ball with the result that scores were at a premium. Louth were only headed once in the entire contest and that in stoppage time when Monaghan scored the winning point with the best the visitors could achieve was being level twice, the first time twelve minutes into the second half and again with seven minutes of normal time remaining, by which stage Louth had been reduced to 14 players with the dismissal of Andrew McCrave on a second yellow card. Louth led at half-time by 1-5 to 0-7, the goal coming after after seven minutes when Louth lashed a loose ball to the net. Fergal Rafter from frees kept Monaghan in touch while Gerald McKeown, also from placed balls, was repeatedly giving Louth the advantage, in a game where mistakes proliferated throughout, mostly due to the adverse weather conditions. Despite being down to 14 men Louth continued to apply pressure but the Monaghan defence and goalkeeper Cillian Sherry, who was making his senior inter-County debut, repeatedly cleared their lines and following an equalising goal by Tadhg Campbell with seven minutes of normal time remaining a draw looked the most likely result, before Mark Treanor struck in the second minute of stoppage time to give Monaghan the narrowest of victories.