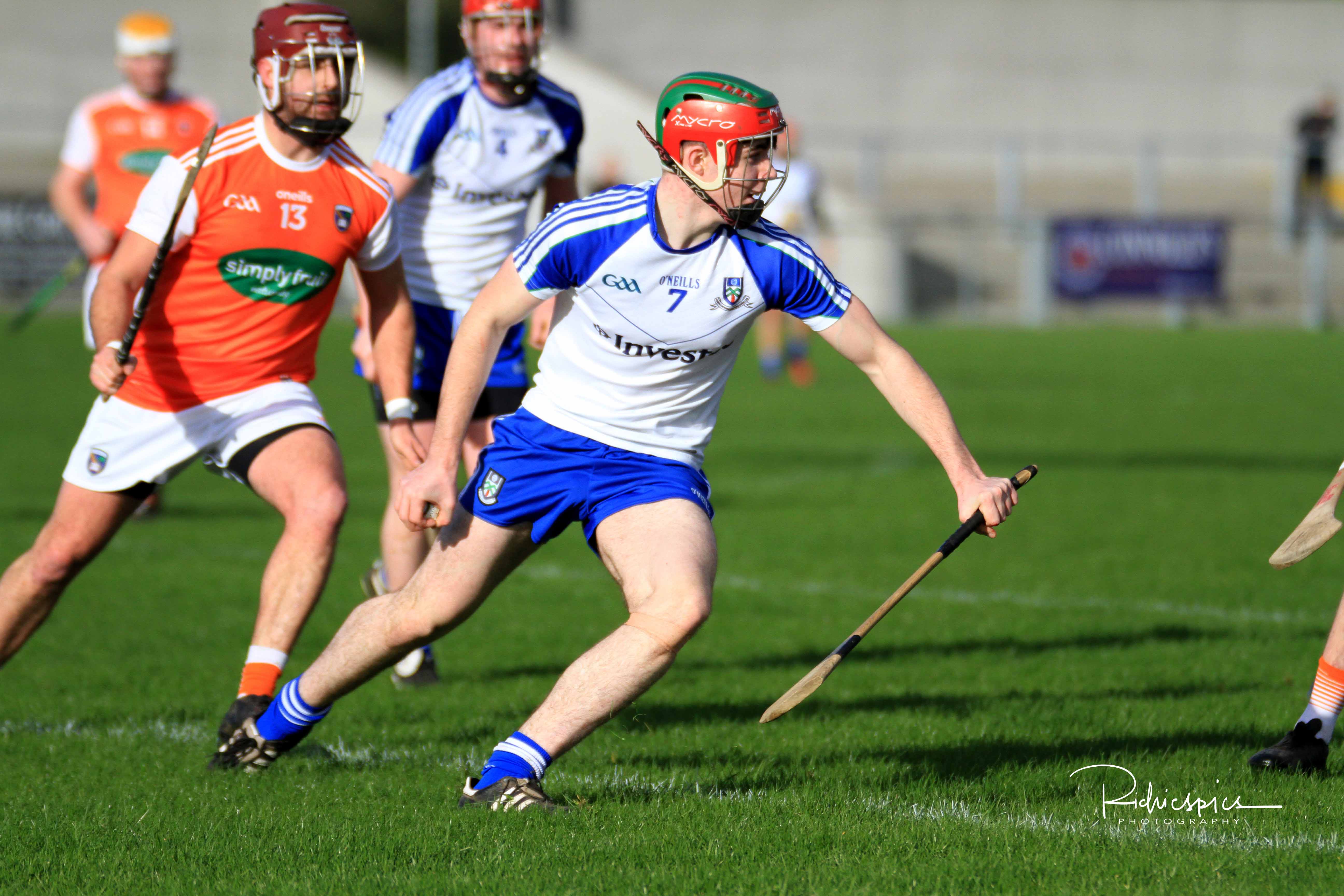 This was always going to be a tough assignment for Monaghan as they had to field without the Castleblayney contingent which seriously weakened them and so it proved as Armagh ran out seventeen point winners in the end. For sixty minutes though, this was a fairly competitive contest with Stephen Reneghan’s goal after twenty minutes the main difference between the sides as Armagh led by 1-4 to 0-2, at the break, although they could have been further ahead as they registered thirteen wides in all in the first half as the strong wind played havoc with shooting. Monaghan started the second half brightly with Eamon Collins and Tadhg Campbell, registering points to keep the home side in touch. Later they then suffered a severe blow with the straight red card dismissal of Luke McKenna fifteen minutes from time and with the extra man Armagh now took an increasing control to run out comfortable winners with two late goals from Dylan McKenna, while Eoin McGuinness also raised a green flag to complete the rout.