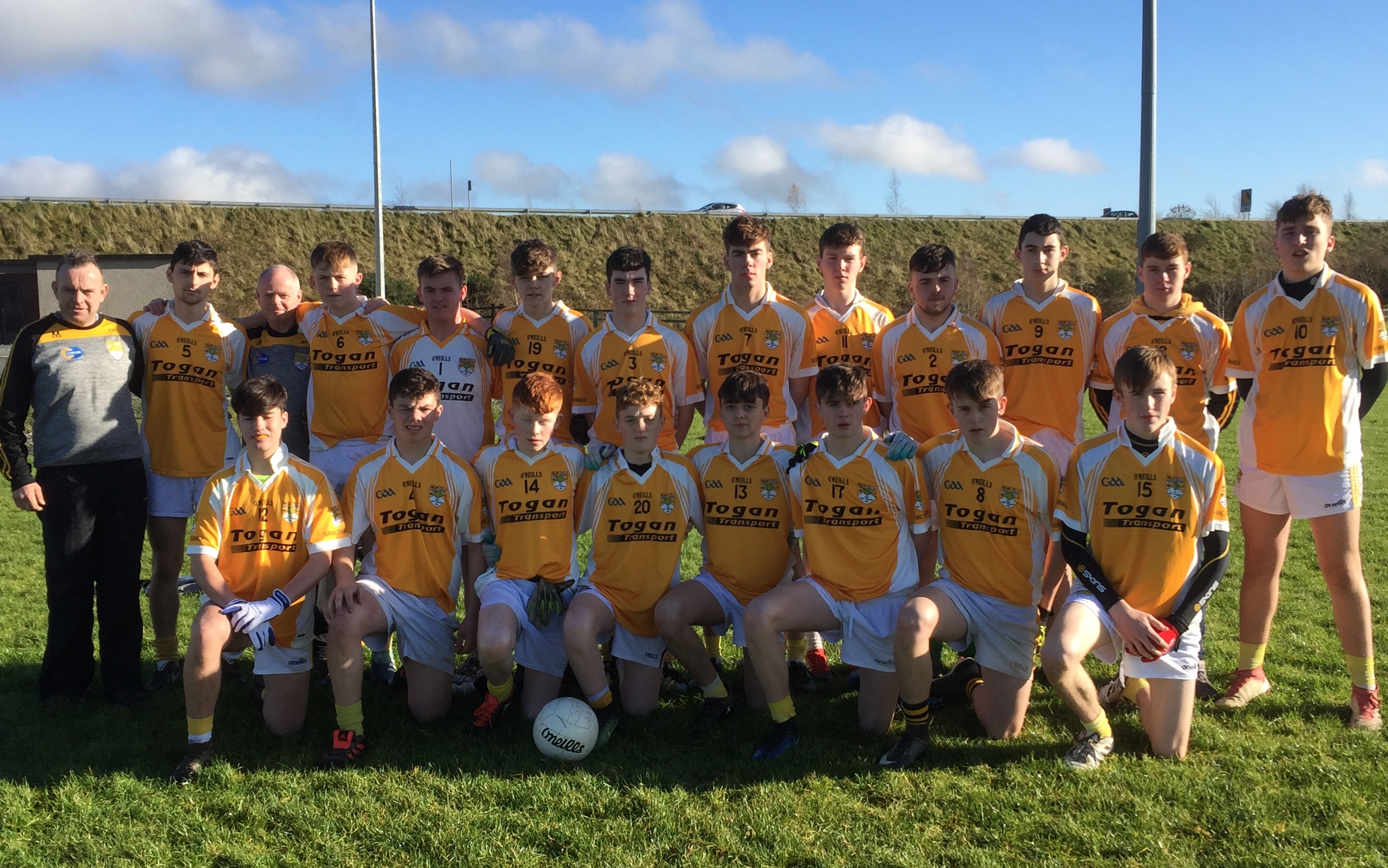 An early goal blitz saw Seans run out comfortable winners of the Mallon Foods Under 17 Division 3 shield at a cold but sunny Cloghan last Sunday. James Clerkin set the scene straight from throw-in when he burst through the Sarsfields defence to hit the back of the net after 10 seconds. Goals from Madara Treanor, Zach Perkins, Danny Treanor and Josh Hagan soon followed and points from Hagan, Treanor and Clerkin led to a Seans lead of 5-3 to no score after 11 minutes. Despite this setback, Sarsfields refused to drop the heads and competed gamely till the end. Regan Graham’s speculative shot brought a goal after 22 minutes while Ethan Graham and Ryan Nolan each scored a point from frees. Seans only other score before the break was a point from Zach Perkins, leading to a Half Time score of Seans: 5-4 St Tiarnach Sarsfields: 1-2.
The second half started off with some goalmouth action at either end. Seans keeper Darren Kelly pulled off a point-black save from Jason Lynch but a penalty was awarded. Jamie McQuillan’s effort drifted wide and Seans went straight up the field only to be thwarted by a diving save from John McDonnell. Sarsfields managed goals from Ben Slowey & Jason Lynch but couldn’t close the gap to less than 12 points. Substitute Seann McKenna added a sixth goal for Seans and the game ended Seans: 6-12 St Tiarnach Sarsfields: 3-3.