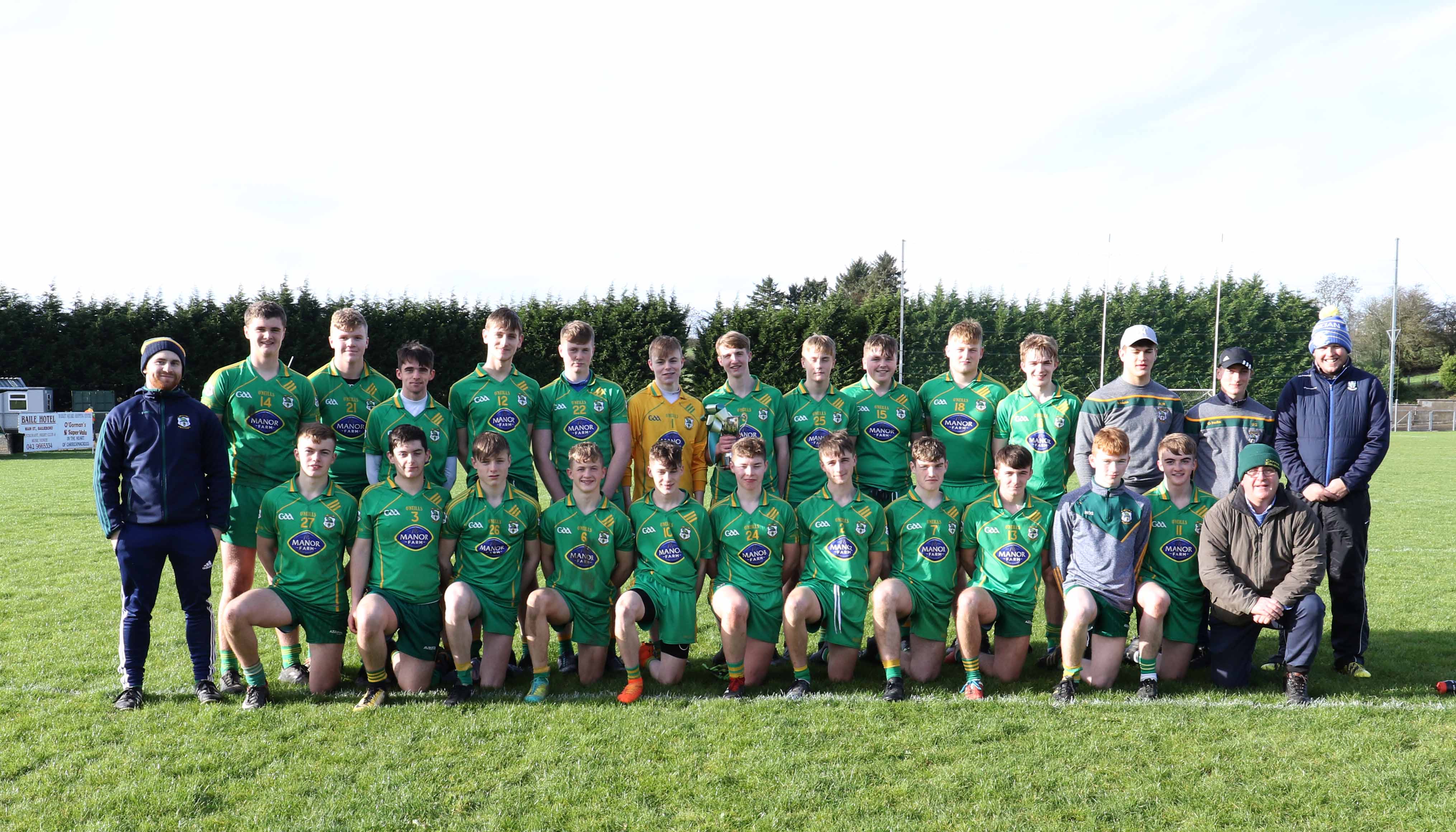 The ability of Carrickmacross Emmets to score goals was the main catalyst in their victory over Killanny at a sunny Corduff on Sunday morning. The town side started brightly in this south Monaghan decider and with Oisin O’Hanlon in fine scoring form both from frees and play the Emmets began to take increasing control. This was further supplemented by the clinical goal scoring ability of wing forward Daragh Alfred who supplied two fantastic goals for his team in the opening half and completing his hat- trick in the second. To their credit Killanny didn’t surrender at this stage and with centre forward Aodhan Mc Connon providing some neat points they did ensure the scoreline was respectable at half-time.

In the second half Jack Mc Geown and the aforementioned O’Hanlon continued to be a major handful for the Killanny defence registering some splendid points. Increasingly, Killanny were becoming frustrated as some promising moves were ending in turnovers as they desperately tried to score an illusive goal to resurrect their hopes. Indeed the Gearldines did conjure up a goal in the late stages through the ever willing Mc Connon who finished sublimely to the net.

But Carrickmacross were composed and responded with a late goal of their own from substitute Darragh Maher to ensure the Division 1 shield title and a well merited victory over their near neighbours.