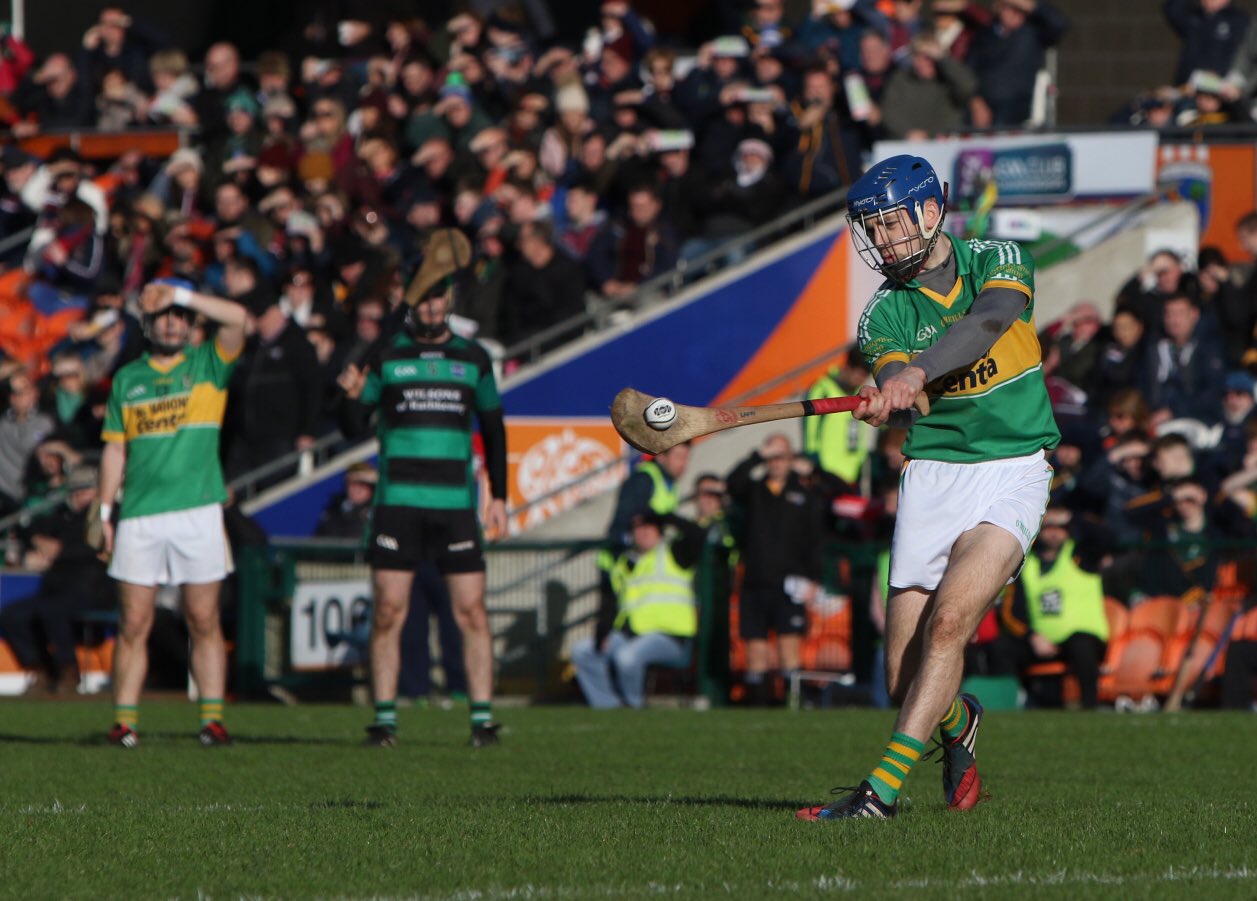 mA fiercely resilient Castleblayney struck deep into stoppage time to snatch victory by the narrowest of margins and claim their third Ulster Junior club hurling championship crown at the expense of the Antrim champions, Cushendun in this cliffhanger that was played in the Athletic Grounds, Armagh, on Sunday afternoon last.

Fergal Rafter was the hero of the day as he kept his nerve to convert a free in the fourth minute of stoppage time to put Castleblayney into the lead for the first time in the game and just seconds before the referee sounded the final whistle to send Castleblayney and their followers into a riot of celebration while Cushendun were left to ponder just where it had all gone wrong. They had held a slight edge for most of the match with the best Castleblayney could manage was being level at a point apiece after two minutes but thereafter the Antrim champions looked that little bit sharper as they picked off points by a number of players that ultimately saw all six starting forwards on the score sheet along with one of their midfielders while Castleblayney were relying almost exclusively on the accuracy of Fergal Rafter from frees. Cushendun led at half-time by four points and by the end of the third quarter the Antrim champions had opened a five points lead but were then rocked when Mark Treanor, who was back for this game following his hand injury pounced and lashed to the Antrim net as the game entered the final quarter. It was now point for point at this stage as Fergal Rafter and Conleth McNeill demonstrated their ability as free takers and it was Rafter’s accuracy from two late frees that brought the margin down to the minimum with three minutes of normal time remaining. Castleblayney kept up the pressure and the issue was very much in the melting pot when Fintan Finnegan brought Castleblayney level for only the second time in the game with an excellent finish, with one minute of normal time remaining. It was now all hands to the pump as both sides went in search of a winning score and extra time seemed inevitable with the sides deadlocked going into the fourth minute of stoppage time and Cushendun having squandered two chances from frees to retake the lead. Castleblayney were now down to 14 men with the dismissal of Peter Treanor on a red card but they held their nerve and came on a counter attack that saw them awarded a free some 30 metres out and to the right of the Antrim posts. Fergal Rafter kept his cool and calmly drilled the ball between the uprights for a dramatic winner.