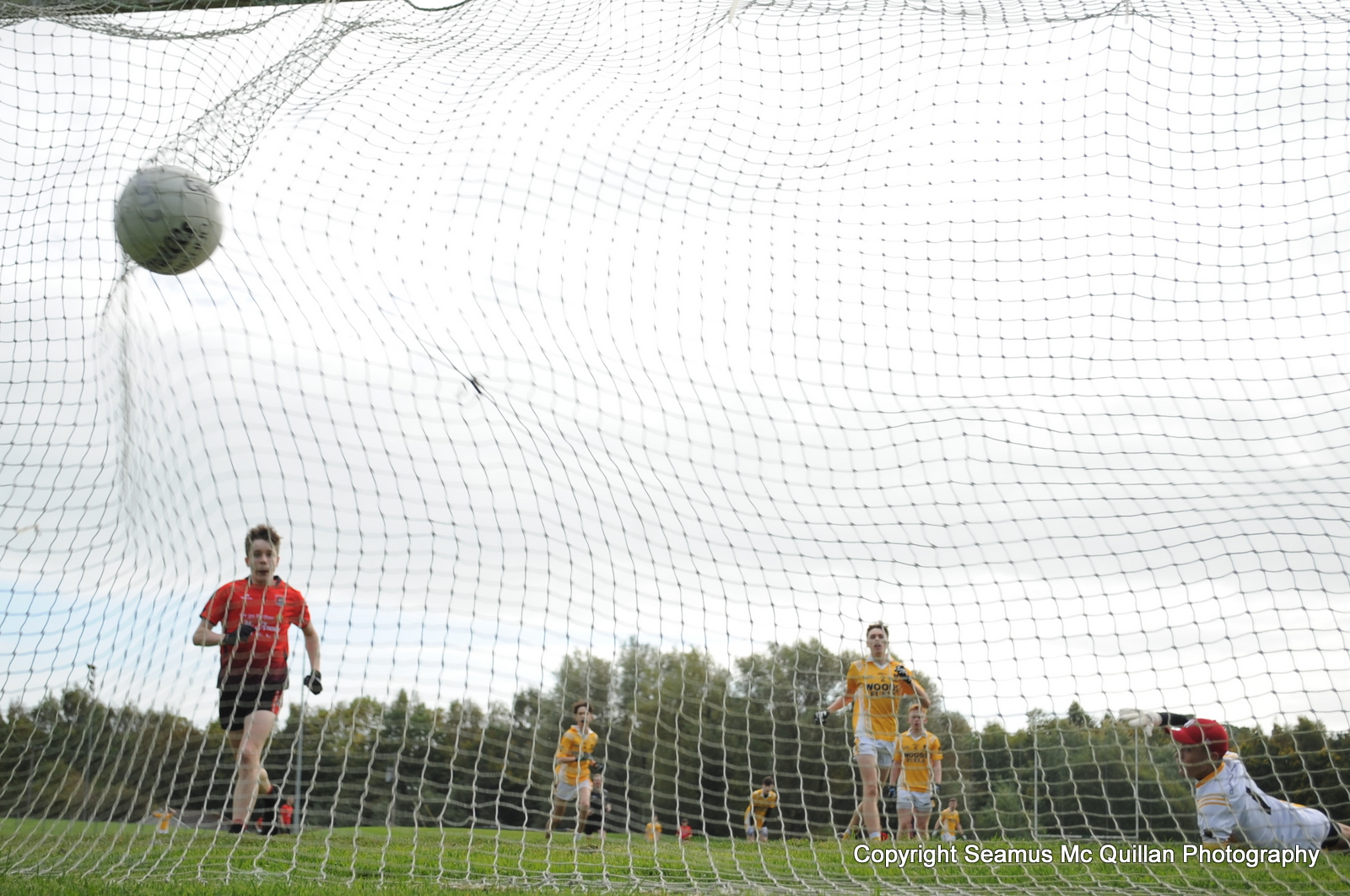 Clontibret ran out convincing winners in the U-17 FC Division Three Final against Truagh at Gavan Duffy Park on September 30.

Early goals by Emmett Walsh and Clontibret’s influential captain Conor McCooey got the O’Neills off to a flying start, although Gareth Keenan hit the net to lead a Truagh comeback that brought the gap down to just two points (2-4 to 1-5) by half-time. An Aaron Carey ‘45 dropped into the net to move Clontibret clear again after the restart and with McCooey continuing to rack up the scores, they moved into a 14-point lead going into the last ten minutes. Truagh hit four unanswered points in the closing stages, with Keenan, Lewis McElwaine and Cian Maguire on target, but Clontibret had done more than enough to ensure that McCooey lifted the silverware.