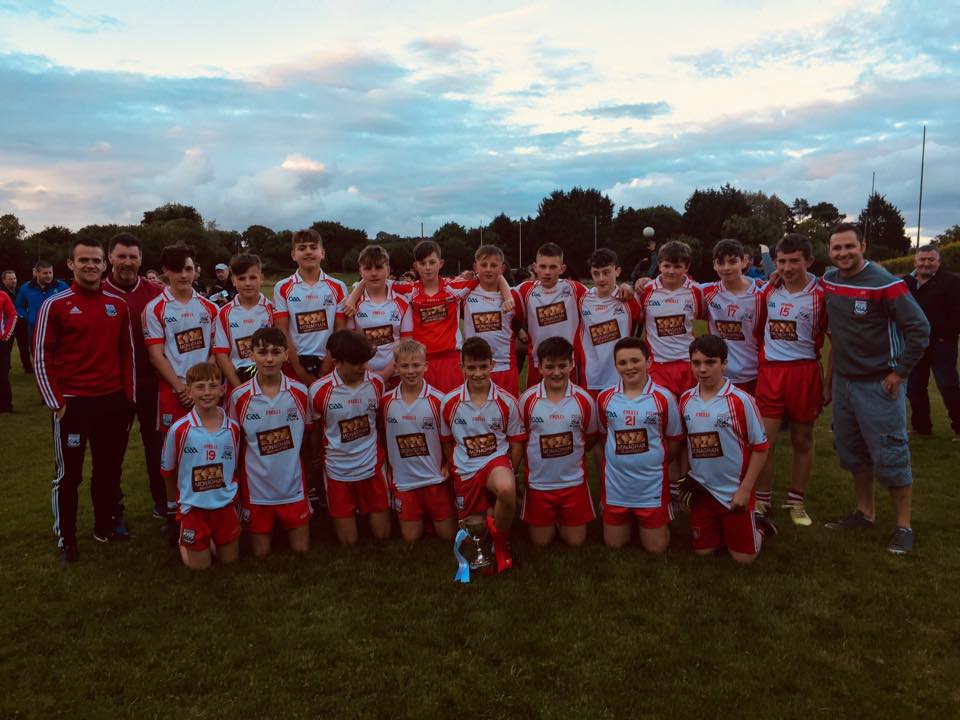 Tyholland staged a thrilling comeback to be crowned champions in a gripping contest played at Shamrock Park, Cremartin on Thursday evening. The North Monaghan outfit showed immense character and resilience particularly after falling 7 points down at one stage in the opening half and again 3 points in arrears heading into the final 10 minutes.

Indeed, Killanny were the early pace setters registering 2-1 inside the opening 10 minutes, the in form Daire O’ Shea providing 1-1 of this total. However, as the 1st half developed Tyholland began to assert more dominance and in Dara Mc Kenna they had a leader and scorer in chief providing 4 points in the opening half.

The intensity picked up considerably in the second half as both teams traded points. But by the 10th minute a splendid Mc Kenna ’45’ brought parity to the contest for the first time. Unfazed Killanny scored a brillant individual goal through Cillian Mc Gahon to restore their 3 point lead and it appeared they had survived the Tyholland comeback. However, for the remaining 16 minutes Tyholland outscored their opponents 1-4 to 0-1. The mercurial Mc Kenna scoring two more ’45’s’ in this period along with a well taken goal from their captain Malachy Treanor.

Killanny desperately tried to retrieve a 3 point deficit in the frantic closing stages but it was the red and white boys of Tyholland that prevailed much to the excitement of their passionate supporters.