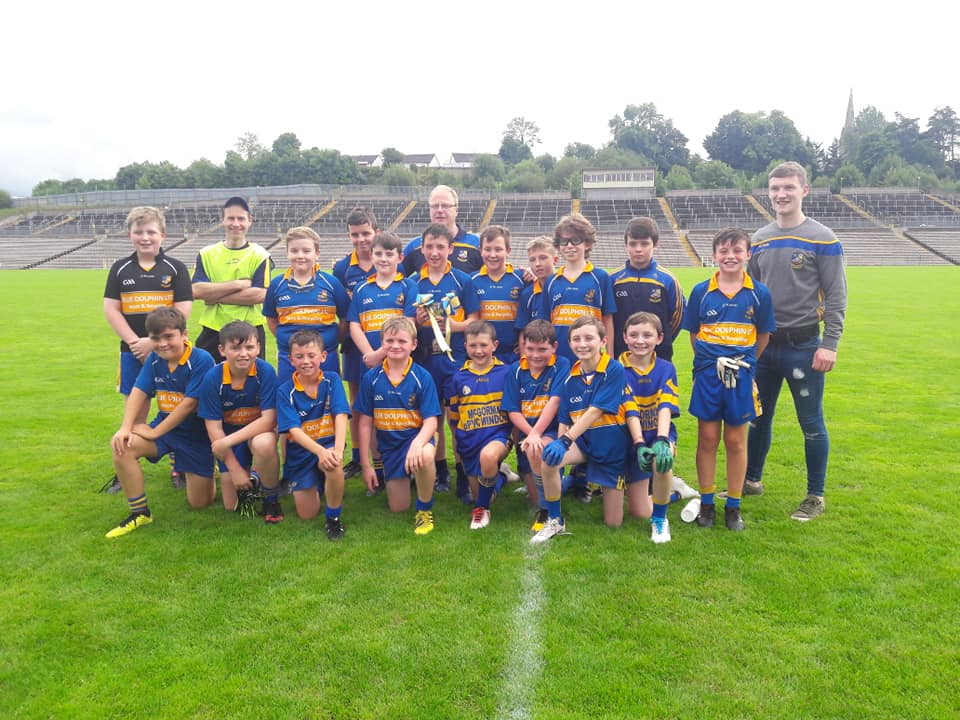 Despite the Smithborough boys’ commanding margin of victory, it was Currin who made the dream start, courtesy of two goals by Killian Kearns and Dean Daly inside the opening 3 minutes.

Eire Og then proceeded to score 3-6 without reply. The resurgence began with five points succession, three from Patrick Croarkin. Then the Ogs landed their first goal after 12 minutes, thanks to Gary Smith. Four minutes later, Kieran Mullaney and Ben Rooney rattled the net in the space of 60 seconds.

Currin finally got on the board again after 18 minutes through a Killian Kearns point, but it was only brief respite, as Noah McGinty plundered two goals in the space of a minute for Eire Og, and gave his team a commanding 5-7 to 2-1 lead at the change of ends.

The second half began like the first, with Aaron Smyth and Dean Daly bagging goals for Currin inside the 1st minute of the second half. Within two minutes though, Nathan McAree crashed home for Eire Og’s 6th goal, and the prospects of a Currin comeback were blunted.

The Sons of St Patrick continued to fight however, and points by Ben Rooney, Aaron Smyth and Zach Rooney cut their deficit to 13 points, before an Aaron Soden goal reduced their arrears further with 10 minutes remaining.

Eire Og responded to the charge however, thanks to a goal from Gary Smith and a point from Kieran Mullaney, to stretch the gap out to 14 points.

It was too late for them however, and Eire Og ran out deserving 10 point winners.