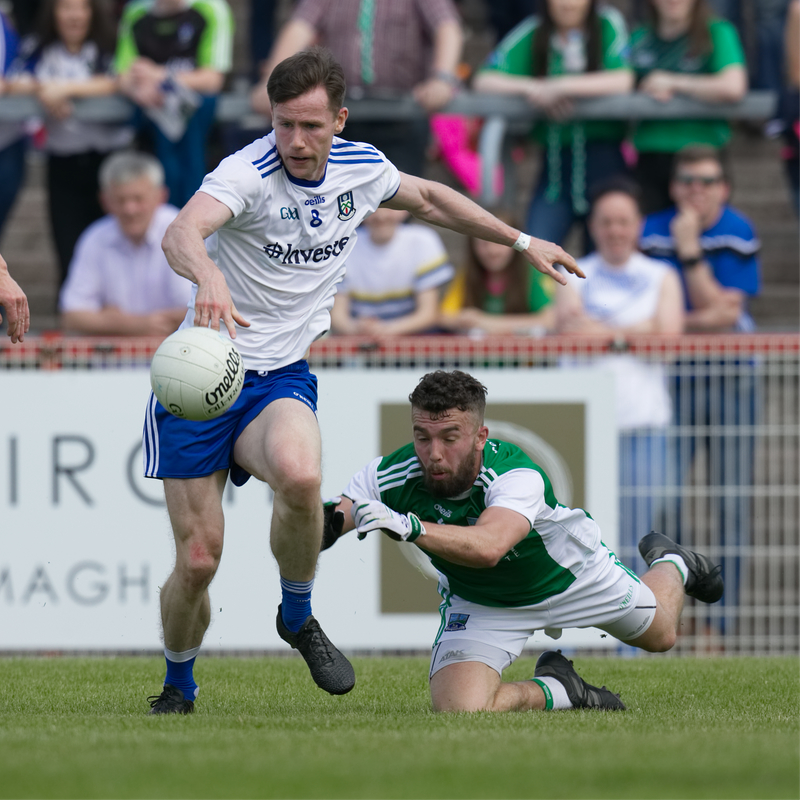 Monaghan are headed for the qualifiers once again after they were knocked out of the Ulster SFC in Sunday’s semi-final against Fermanagh in Omagh.

Fermanagh led throughout the first half and were full value for their 0-6 to 0-4 interval lead, helped by three pointed frees from Seán Quigley and two from play by Aidan Breen. Monaghan gradually reeled in their opponents during the second half and they twice took a two-point lead in the closing stages, with Drew Wylie and sub Colin Walshe joining Conor McManus on the scoresheet, only to be hit by a sucker punch in added time when Fermanagh captain Eoin Donnelly punched home the all-important goal.

Fermanagh progress to the provincial final, while Monaghan await the draw for Round 2 of the Qualifiers, which are due to be played on June 23.